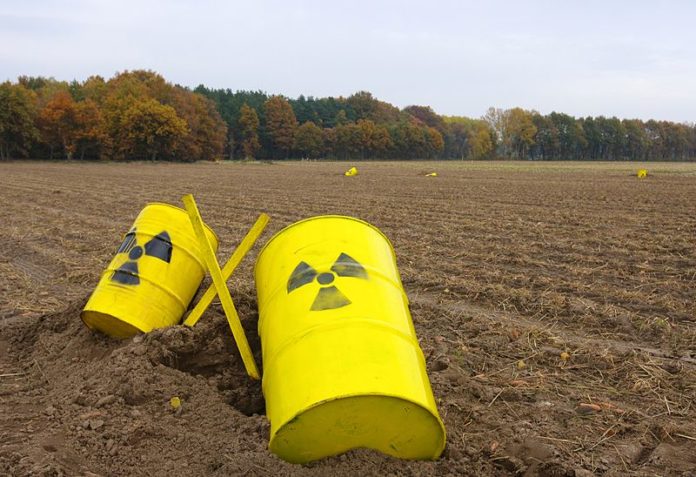 Nevada voted for Hillary Clinton in 2016, so naturally, President Donald Trump is treating the state like a dumping ground for tons of radioactive waste it doesn’t even want.

The Trump administration got caught shipping the deadly plutonium waste to Yucca Mountain, a sacred location to the Shoshone Native American tribe.

The administration did not even have permission to do so from state officials, who have been fighting to block such shipments in court. Federal Judge Miranda Du had warned the administration not to ship the waste to Nevada behind her back. But Trump’s disdain for judges, of course, means he did it anyway.

About one metric ton of the radioactive waste has been shipped so far without Nevada’s knowledge or consent, resulting in a furious rebuke by Governor Steve Sisolak (D).

“I am beyond outraged by this completely unacceptable deception from the U.S. Department of Energy,” Sisolak said in a statement. “The Department led the State of Nevada to believe that they were engaging in good-faith negotiations with us regarding a potential shipment of weapons-grade plutonium, only to reveal that those negotiations were a sham all along. To put the health and well-being of millions of people at risk due to the transportation into Nevada, without giving us the opportunity to prepare in case there would’ve been a mishap along the way, I think it was irresponsible and reckless on behalf of the department.”

Indeed, an accident could poison thousands, even millions of people, and could have wiped out livestock, water resources, and made the land totally unlivable for generations.

It should also be pointed out that Nevada Democrats and Republicans are united in opposition to storing nuclear waste in the state, with former Governor Brian Sandoval (R) writing a letter to the Department of Energy last year making his position clear that the Nevada National Security Site “should not be used as a high-priced storage facility for indefinitely housing plutonium that DOE has failed to properly manage.”

Trump’s action also shows a disdain for state’s rights, which is hypocritical since most Republicans are always going on about state’s rights. Apparently, state’s rights only apply to red states.

Frankly, these problems with radioactive waste would not exist if we would make the shift to renewable energy sources such as wind and solar power, which do not produce waste. But Trump has rejected clean energy in favor of coal, oil and nuclear power that have serious and deadly repercussions to our environment and to public health and safety. One day soon, America could have a radioactive disaster of our own, and we will all regret not making the wise move to clean energy when we had the chance. It’s likely that Nevada won’t be the only state Trump wants to dump radioactive waste in, which means people in other states would be making a mistake to think that this is only Nevada’s problem.

Democratic states like Nevada should be particularly disturbed since Trump likes punishing states that didn’t vote for him.