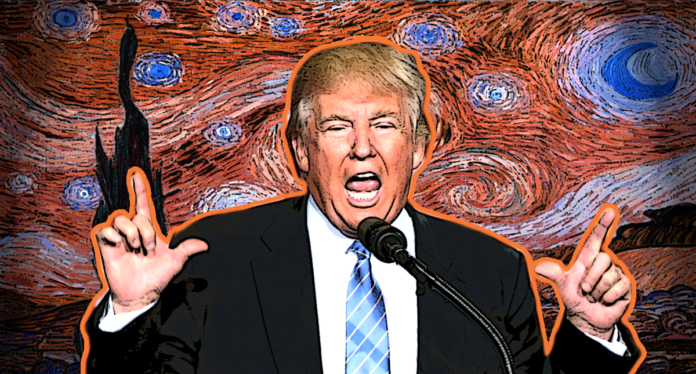 It’s the disease that ended up springing the gangster, Al Capone, or Scarface, from Alcatraz.

The previous speculation included that Trump’s hair-loss drug, finasteride, could be causing side effects. One article from 1992 claims that Trump and his brother were prescribed amphetamines in the early 80s for “metabolic imbalance,” which could have resulted in maniacal, paranoid behavior.

A Yale psychiatrist briefed members of Congress, compelled to warn them about Trump’s disturbing behavior and:

“…[The] Dangers that his mental instability poses on the nation.”

Clearly, there is no shortage of serious concern about Trump’s stability as the leader of our country. While it could be just speculation, the new theory that Trump could have late-stage syphilis is based on his own statements, and on the new revelations about a possible pattern of unprotected sex, allegedly even while married.

Here is Trump talking about “my personal Vietnam,” referring to avoiding STDs from sexual escapades in 1997.

They'll get Trump the same way they got Capone.

A California doctor suggested that Trump could have untreated syphilis in an article from February 2017. If the STD isn’t treated with penicillin, it could remain undetected for decades in the body, ultimately leading to serious neurological problems.

“Commonly recognized symptoms include irritability, loss of ability to concentrate, delusional thinking, and grandiosity. Memory, insight, and judgment can become impaired. Insomnia may occur. Visual problems may develop, including the inability of pupils to react to the light.”

Trump has been noted to squint frequently. One time, he even decided to squint at a solar eclipse, against all common sense.

“This, along other ocular pathology, can result in photophobia, dimming of vision, and squinting. All of these things have been observed in Trump. Dementia, headaches, gait disturbances. and patchy hair loss can also be seen in later stages of syphilis.”

These symptoms do check off some boxes, don’t they?

In Al Capone’s case, he contracted syphilis while working as a bouncer in a bordello house. He was too ashamed to seek out medical attention, and penicillin wasn’t yet widely available. Capone would eventually develop the third stage of the disease, rendering him certifiably insane while he sat in Alcatraz.

After a doctor formally diagnosed him, the prison released Capone on “good behavior,” but his health continued to deteriorate until his death.

Two other notorious men who have often been compared to Trump were thought to have possibly have had neurosyphilis as well: Hitler and Mussolini.

See more in the hilarious video from Chelsea Handler: