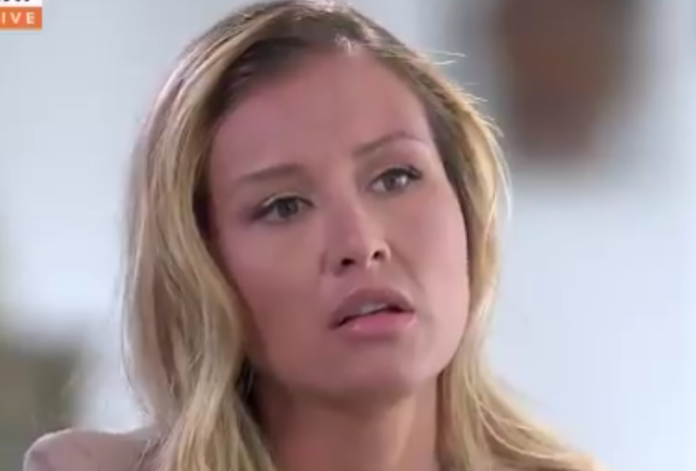 Billionaire pedophile Jeffrey Epstein is already dealing with a criminal case against him, but now a new accuser has stepped forward with harrowing details of how he recruited her and raped her at the age of 15 and intends to file a civil lawsuit against him to get justice.

Epstein was arrested over the weekend and will be prosecuted by the Southern District of New York as the Public Corruption Unit continues to investigate him.

The current case against Epstein is a repudiation of the first case against him in Florida several years ago when a federal prosecutor who now serves as President Donald Trump’s Secretary of Labor offered Epstein a sweetheart deal despite the evidence and witnesses against him.

Epstein is accused of child sex trafficking and was close friends with Trump, whose Attorney General Bill Barr will not recuse himself from the case, resulting in concern from legal experts who fear Barr will interfere on Trump’s behalf.

On Tuesday, Jennifer Araoz spoke to The TODAY Show about how a woman recruited her outside her high school to go to Epstein’s home under the guise that he could help her secure a career. Epstein ran a modeling agency that he used to lure underage girls into his orbit, once saying that he based his modeling agency on Trump’s.

Once the recruiter got Araoz into Epstein’s home, he groomed her into becoming his next victim by pressuring her into getting a massage before sexually assaulting her.

“Yeah, he raped me – forcefully raped me,” she told Savannah Guthrie. “Knew exactly what he was doing, and I don’t think he cared. If I wasn’t afraid to come forward sooner, then maybe he wouldn’t have done it to other girls. I feel really guilty. I was really scared. I didn’t necessarily think that he was going to rape me. He knew very well my age. He knew exactly who he was hanging out with.”

Araoz is now looking for closure and justice so she can move on with her life and get the depression and anxiety she has suffered ever since under control.

Araoz is likely not the only past victim who will step forward in the days and weeks ahead. Epstein has been doing this for years, decades even, so there are a lot of victims who could share their stories and help SDNY build a solid case against him. Araoz is brave to come forward and this should inspire others to do the same. Epstein getting away with his crimes twice would be a serious miscarriage of justice.