While it remains to be seen if President Donald Trump will actually survive politically to see the 2020 election, a new poll from Fox News suggests that even if he does run for re-election, his chances of returning to the White House are growing less likely by the day. 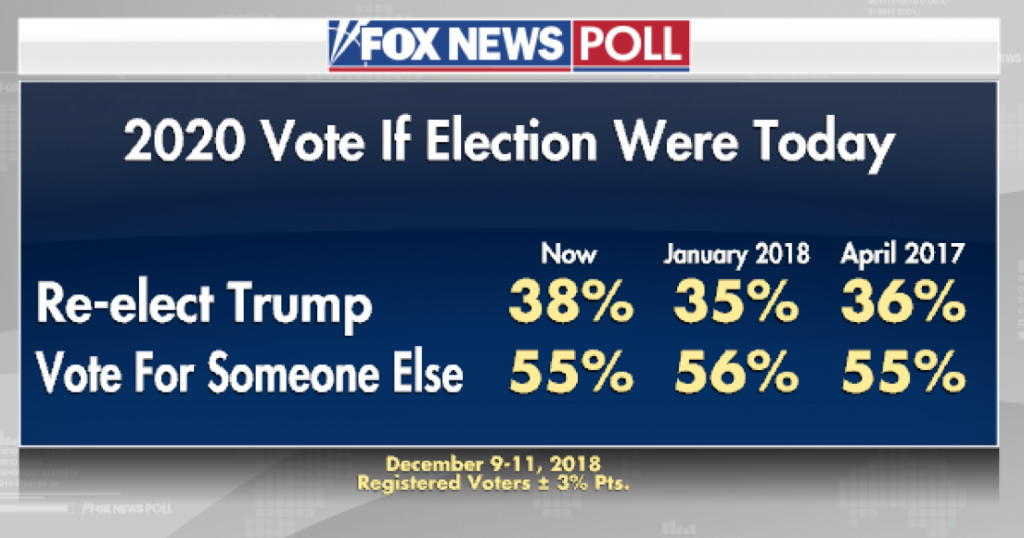 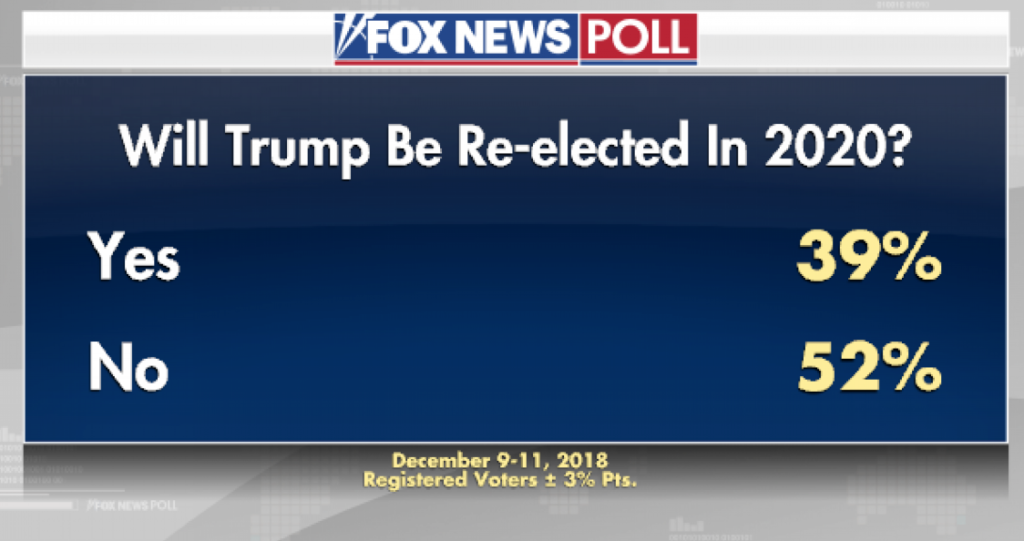 A closer look inside the poll also contains ominous information for the president, with a mere 22 percent of independents saying they would vote for Trump in 2020. 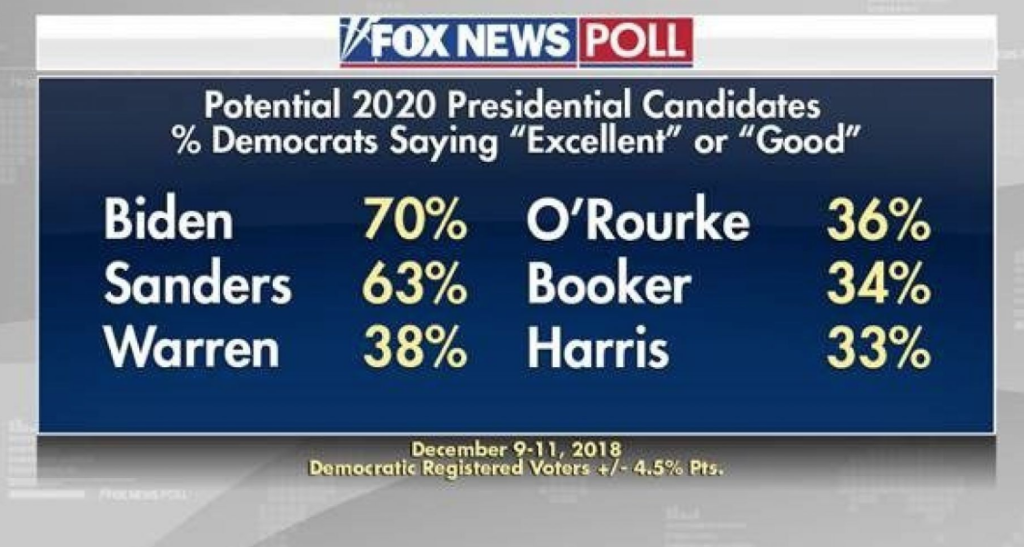 If indeed Trump loses the White House in 2020, Republicans could also face the prospect of no longer controlling the Senate, with the GOP having to defend more seats than their Democratic counterparts in the upper chamber.

The news is also increasingly bad for Trump when it comes to recent developments in the Russia investigation. His former attorney, Michael Cohen, was sentenced to three years in prison Wednesday. The president tried to assert on Twitter earlier this morning that he had no part in any criminal acts committed by Cohen. Cohen, however, alleges that Trump directed him to make hush money payments to at least two women who say they had affairs with Trump.

I never directed Michael Cohen to break the law. He was a lawyer and he is supposed to know the law. It is called “advice of counsel,” and a lawyer has great liability if a mistake is made. That is why they get paid. Despite that many campaign finance lawyers have strongly……

….stated that I did nothing wrong with respect to campaign finance laws, if they even apply, because this was not campaign finance. Cohen was guilty on many charges unrelated to me, but he plead to two campaign charges which were not criminal and of which he probably was not…

….guilty even on a civil basis. Those charges were just agreed to by him in order to embarrass the president and get a much reduced prison sentence, which he did-including the fact that his family was temporarily let off the hook. As a lawyer, Michael has great liability to me!

Despite his claims of innocence, Trump is reportedly terrified that he will indeed be impeached. NBC News reports that he is telling close friends he fears what the future holds for him.

If Donald Trump as innocent as he continually maintains, why in the world is he worried? Innocent people don’t act this way.