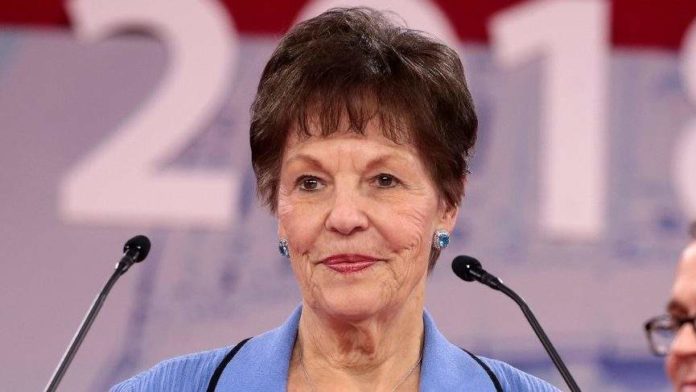 There’s a good chance you’ve never heard of Carolyn Meadows. She’s the new president of the National Rifle Association (NRA), and that’s somewhat akin to being the captain of the Titanic as the NRA continues to hemorrhage money and lose large numbers of their their members.

Meadows was asked by a newspaper in Georgia about the 2018 midterm election victory of Rep. Lucy McBath (D-GA), whose son, Jordan Davis, was murdered by a white man who didn’t like the loud music Davis was playing listening to in his car. McBath used the issue of sensible gun control as a major focus in her successful congressional campaign.

But according to the NRA’s Meadows, McBath’s victory had nothing at all to do with guns or gun control. Instead, Meadows told the Marietta Daily Journal:

“It is wrong to say like McBath said, that the reason she won was because of her anti-gun stance. That didn’t have anything to do with it — it had to do with being a minority female. And the Democrats really turned out, and that’s the problem we have with conservatives — we don’t turn out as well.”

Because she’s a “minority female. That’s what Meadows said. Which is not only racist as hell, it also completely ignores the facts, ShareBlue Media notes:

“The NRA’s attack is even more absurd when looking specifically at the seat McBath holds.

Every individual who has held that seat between 1827 to 2019 has been white. And other than Karen Handel, McBath’s immediate predecessor, they were all men.

“Notable figures who have held the seat include Speaker of the House Newt Gingrich, Rep. Howell Cobb (D-GA) — who is best known as one of the founders of the pro-slavery Confederacy — and Rep. Tom Price (R-GA), who went on to a scandal-plagued tenure as Trump’s HHS Secretary.”

While she was at it, Meadows also made it sound as if she’s on a mission to save the United States from itself by making sure everyone has as many guns as they want and doing whatever it takes to get President Donald Trump re-elected:

“It’s a powerful lobby. Not just for gun rights, but for rights. We believe in the Constitution. When we take our oath of office we actually swear allegiance to the Constitution of the United States. That’s why I do it.”

“I would not have taken this job if I didn’t feel like I could save this country.”

Sounds like Ms. Meadows has delusions of grandeur. The electorate is getting younger and more progressive, and that’s bad news for the NRA and their masters, the merchants of death who manufacture weapons of mass murder.