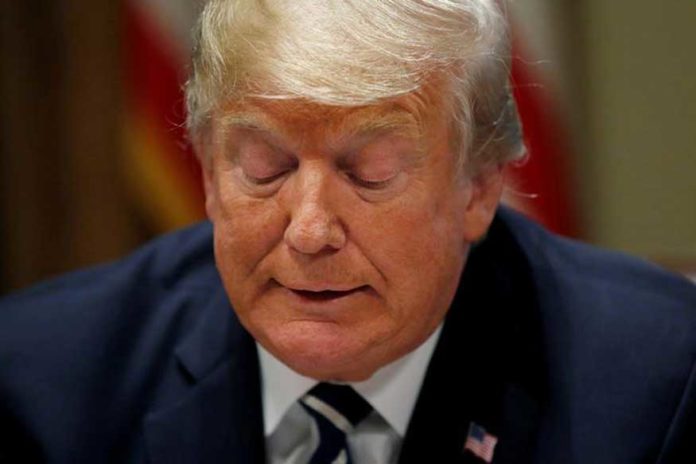 The 2020 election is still 17 months ago, but the top issue for voters is one that is certain to be a gigantic headache for President Donald Trump and the Republican Party.

A new poll from Public Policy Polling (PPP) shows that the main issue of concern for voters in four key battleground states — Florida, Michigan, Pennsylvania, and Wisconsin — is health care, and that if Trump implements any part of his or the GOP’s so-called “agenda” for health care, the majority of voters in those states will vote Democratic.

Here’s the frightening news for Republicans and the White House from the PPP poll:

A new Public Policy Polling survey finds that an overwhelming majority of voters in battleground states(Florida, Pennsylvania, Michigan, and Wisconsin)would not consider voting for a presidential candidate who supports even one of the major pieces of Trump’s agenda on health care–whether it be eliminating health care protections for people with preexisting conditions, cutting funding for Medicare, or letting let insurance companies stop covering the costs of prescription drugs. It’s not just that they oppose the agenda, voters say they won’t support a candidate who embraces it.

A closer look at the details from that poll show that Trump and his party are on the wrong side of the health care issue, and that could prove catastrophic for them:

Recent reporting suggests that Trump wants to try and retake the issue of health care, making it one he can use to battle against whoever becomes the Democratic nominee. But the president has no plan other than vague promises that his health care program will be “great.” Republicans, however, are said to be skittish about such a campaign strategy, fearing it could cost them the Senate and White House in the next election.

Voters still remember that Trump and the GOP were the ones who tried to kill Obamacare, which is now extremely popular with the majority of Americans. And now they’re supposed to trust Trump and his Republican allies in Congress on the issue? Good luck selling that snake oil.