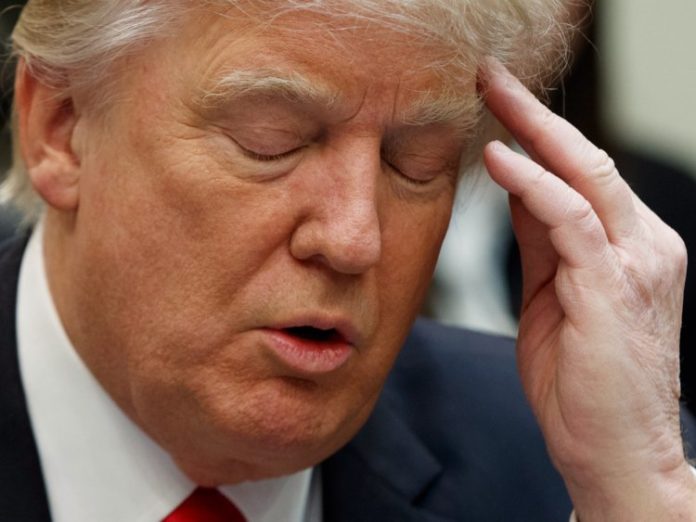 According to President Donald Trump, no president in American history has ever accomplished as much as he has and he’s a shoo-in to be reelected in 2020.

But a new Monmouth University poll suggests Trump is wrong, and not just by a little bit.

The poll, which was released Wednesday, shows that while Trump’s overall approval rating remains at 43 percent, only 37 percent of registered voters want to see him reelected. 58 percent say they want someone else in the White House after the 2020 election.

“Those who don’t want to see Trump reelected predictably varies by party, but 16 percent — not an insignificant number — of Republicans say Trump should be a one-term leader, according to the poll, while 92 percent of Democrats and 58 percent of independents said the same.”

The Monmouth Poll was conducted between November 9-12, shortly after the midterm election which returned control of the House to Democrats. It asked respondents how they wanted to see the new Congress function in relation to the president. 72 percent said they hope Congress will be a check on Trump. Even 54 percent of Republicans surveyed said the divided Congress needed to serve as a check on the president.

In recent days, it has been reported that Trump is considering a major staff shakeup as he awaits the next moves from Special Counsel Robert Mueller, who is investigating Russia’s attack on the 2016 election and whether or not any members of the Trump campaign — including the president and members of his family — conspired with Russia to assure Trump was elected. Mueller is said to be close to indicting more suspects and is also at work on his final report which will summarize his findings.

Trump is also said to be in a foul mood since the midterm election returned the House to Democratic control, fearful of the hearings Democrats plan to conduct into his business dealings, tax returns, and behavior as it relates to the press.