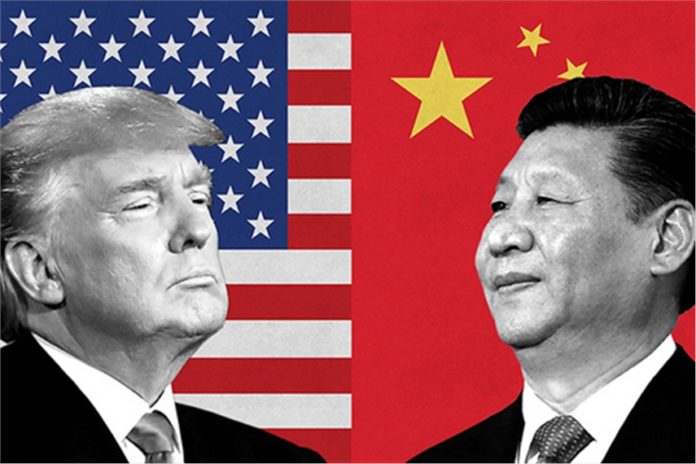 The trade war President Donald Trump kicked off when he began imposing huge tariffs on  imports from China is now almost a year old, so it’s time to take a look at the impact of the ongoing trade impasse between the two nations.

Axios reports that about the only accomplishment of the Trump trade war is the overall trade deficit with China has decreased:

“New analysis shows that U.S. tariffs on Chinese goods are chipping away at the trade deficit with China.

“After accounting for frontloading to get out in front of the tariffs early in the year, the rate of tariffed goods exported from China slowed, a new report from the Institute of International Finance shows, and will likely continue to slow without a resolution.”

The flip side of that equation, however, is that the reciprocal tariffs China imposed on U.S. exports coming into their country has also decreased the amount of good exported from the United States to China.

“U.S. companies that import Chinese goods pay the tariffs. When the full slate of tariffs went into effect in October, tariff collections topped $5 billion, the highest amount ever recorded. The amount of tariffs paid by these American companies has doubled since May, including an increase of more than 30% from August to October.”

Are businesses moving back to the U.S. as Trump promised?

“CNNBusiness reported in November that a recent survey by 2 American chambers of commerce in China showed a third of the companies surveyed were looking to leave China because of the trade war. However, only 6% said they were considering moving back to the U.S.”

Is China suffering as a result of the tariffs?

“While economic metrics have fallen, along with the country’s stock market, the pullback has been in line with expectations for the country’s move from an export- to service-driven economy.”

Any country that can offer substitute products is seeing their trade numbers boom. For example:

So what can we say about the tariffs and trade war that Trump told us would benefit the United States and U.S. businesses? They aren’t helping anyone other than third-party nations who have seen their trade surpluses skyrocket. In other words, Trump took American goods and made them to expensive to export to China, meaning the Chinese bought them elsewhere.

Meanwhile, back here at home, manufacturers who have suffered as a result of the trade war (i.e. General Motors) are cutting production and laying off workers. Also, American farmers are going bankrupt at a record rate, and the GOP tax scam plan is reducing what consumers get back in their refund checks, which drains them of spending power the U.S. economy desperately needs to stay robust.

Many economists are already predicting a recession either this year or next, and the new figures on Trump’s trade war certainly suggest that’s exactly what we can expect.