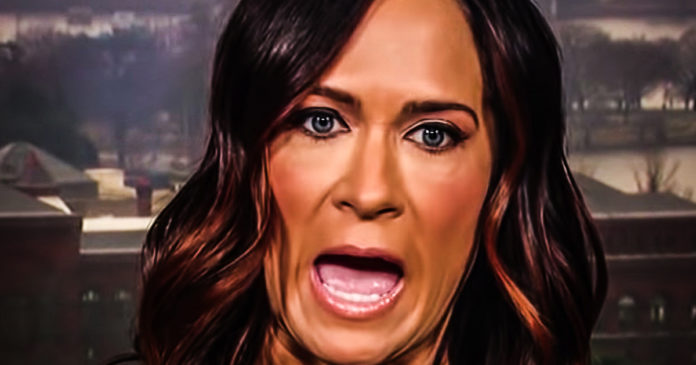 New White House Press Secretary Stephanie Grisham wants us to believe that President Donald Trump’s lies — which now total more than 12,000 since he took office — are not really lies. Instead, they’re just his special and unique way of speaking with the American public.

A new article in the Washington Post reveals that Grisham is indeed the perfect replacement for former press secretary Sarah Sanders, because she’s willing to say even the most ludicrous things in order to protect her boss.

During an interview with the Post, Grisham insisted the Trump never lies, remarking:

“I don’t think they’re lies. I think the president communicates in a way that some people, especially the media, aren’t necessarily comfortable with. A lot of times they take him so literally. I know people will roll their eyes if I say he was just kidding or was speaking in hypotheticals, but sometimes he is. What I’ve learned about him is that he loves this country and he’s not going to lie to this country.”

Perhaps it should come as no surprise that Grisham would make such an absurd declaration. She has repeatedly shown that she has no problem defending even the most indefensible things that come out of Trump’s mouth or appear on his Twitter feed.

For example, when the president recently attacked four female members of Congress and told them to “go back” to where they came from, Grisham blamed “the mainstream media and the Dems,” even suggesting that they had attacked Trump “for speaking directly to the American people.”

And then there’s her overall take on the press, which she accuses of being biased, even though there’s an entire news network (Fox) devoted to propping up nearly everything Trump does:

“Do I believe that their coverage is slanted and biased? Yes. I’ve seen it with my own eyes. A majority of reporters are liberal. A lot of reporters are uncomfortable with him and his blunt way of speaking. I think this is the first time they’ve been so publicly called out for some of their behaviors and their instinct is to fight back rather than take a step back” and assess their conduct.

I’m always going to do the very best I can to give the most accurate answer that I can,” she says. But she is quick to add, “What I have learned is that sometimes those answers change, and that’s not necessarily because this administration is being nefarious. It’s just that things are fluid and are changing constantly.”

The answers change? Is that the latest way this White House is trying to shade the truth?