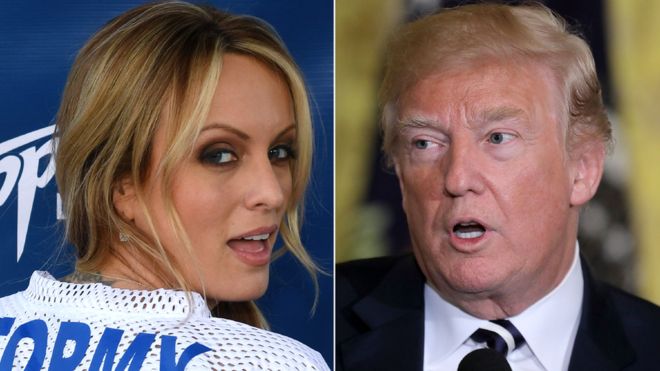 Manhattan District Attorney Cyrus R. Vance Jr. issued a subpoena for President Donald Trump’s family business, the Trump Organization, for more information about hush money payments made to adult film actress Stormy Daniels, who alleges she had an affair with Trump in 2006, according to The New York Times:

The inquiry from the district attorney’s office, which is in early stages, is examining whether any senior executives at the company filed false business records about the hush money, which would be a state crime, the people said.

An attorney for the Trump Organization, Marc L. Mukasey, called the subpoena and investigation a “political hit job,” adding:

“It’s just harassment of the president, his family and his business, using subpoenas as weapons. We will respond as appropriate.”

Specifically, the investigation by Vance’s office will focus on:

A $130,000 payment Michael D. Cohen, the president’s lawyer and fixer at the time, gave Ms. Daniels. Mr. Cohen also helped arrange for a tabloid media company to pay the Playboy model Karen McDougal, a second woman who said she had had an affair with the president. The disclosure of the payments ignited a scandal that threatened to derail the Trump presidency.

A separate subpoena was issued Thursday to American Media Inc., the publisher of the National Enquirer.

The move from the Manhattan district attorney comes a month after the U.S. Attorney’s office in Manhattan filed documents in court saying it had “effectively concluded” its investigation and would probably not be filing charges in the hush money payment case.

New York law makes it a crime to falsify business records, and that gave Vance’s office an entrée into the Daniels-Trump case.

The Times also notes that it is expected state prosecutors will focus on “the senior ranks of the company, although it is unclear whether the inquiry will reach the president.”

The president’s personal attorney, Michael D. Cohen, is currently in federal prison after pleading guilty to charges of committing campaign finance violations and lying to Congress.