The United States Blues
Home Economics New York Federal Reserve does something it hasn’t had to do since... 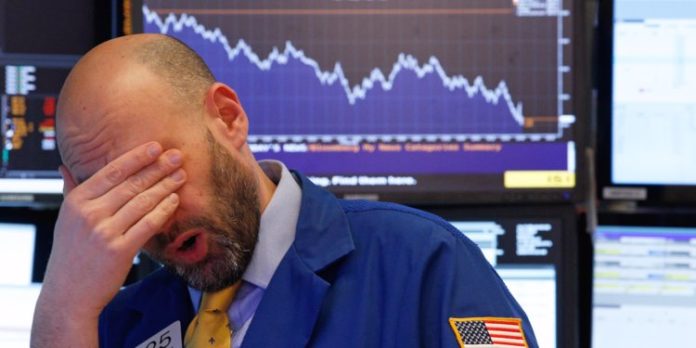 Very quietly, the New York Federal Reserve did something this week that seems to suggest a financial crisis could be headed our way, according to CNN:

FOR THE SECOND STRAIGHT DAY, THE NEW YORK FEDERAL RESERVE INJECTED A HUGE SUM OF MONEY INTO THE FINANCIAL SYSTEM IN A BID TO CALM STRESS IN THE OVERNIGHT LENDING MARKET.

The Fed on Wednesday poured another $75 billion into the market following a $53 billion rescue by the NY Fed on Tuesday. Overnight lending rates have suddenly spiked, and the Fed is acting to bring them back down to keep markets functioning smoothly.

During a press conference announcing a quarter-point reduction in the interest rate, Federal Reserve Chairman Jerome Powell referenced the lending market boost, noting that it had been “effective in relieving funding pressures.”

What exactly is going on here?

“It shows you the plumbing is broken. It’s nice they are recognizing this and that they have safety valves.”

Keep in mind the overnight lending market is the same one that collapsed right before the 2008 financial crisis that plunged the U.S. into the worst recession seen since the Great Depression of the 1930s.

One thing the sudden jitters in the lending market clearly are a sign of: A dramatic surge in Treasury bonds that are being issued to help fund the $1 trillion federal debt. Lending by the government has increased because tax revenues are down as a result of the 2017 tax cut and increased spending.

Wall Street is clearly expecting the Fed to remain vigilant and prop up the lending markets, no matter how dire the situation gets.

Jim Bianco CEO of Bianco Research had an ominous warning he shared on Twitter:

No one knows why this is happening.

If it persists more than another day or two, it will be a problem. https://t.co/jx5cEJFAxI

We’re at Day Two and counting.