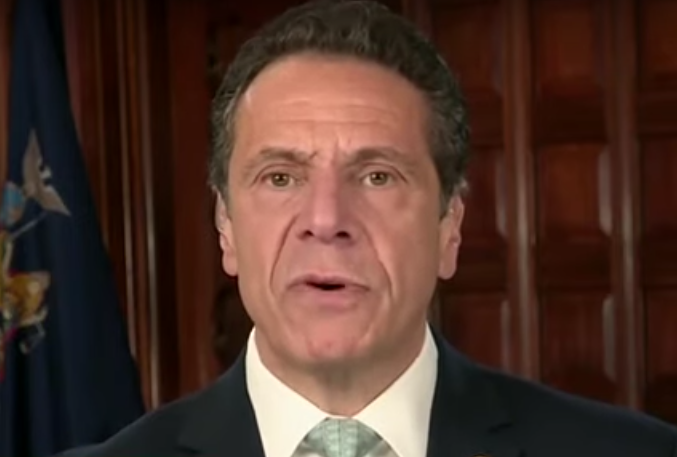 President Donald Trump messed with the wrong state on Monday when he attacked New York for investigating the NRA and bragged about hurting the state with his tax law, because Governor Andrew Cuomo took him to the woodshed for it on Tuesday morning.

The New York Attorney General is currently investigating the NRA as it faces financial collapse amid internal turmoil. And Trump decided to step in and defend the NRA by trying to delegitimize an official investigation on Twitter while gloating about raising taxes on New Yorkers by ending state and local tax (SALT) deductions.

The NRA is under siege by Cuomo and the New York State A.G., who are illegally using the State’s legal apparatus to take down and destroy this very important organization, & others. It must get its act together quickly, stop the internal fighting, & get back to GREATNESS – FAST!

….People are fleeing New York State because of high taxes and yes, even oppression of sorts. They didn’t even put up a fight against SALT – could have won. So much litigation. The NRA should leave and fight from the outside of this very difficult to deal with (unfair) State!

On Tuesday, Cuomo didn’t hold back when he responded on CNN, first by defending the probe.

He then slammed Trump for being scared of the NRA.

“The president of the United States, for all his bluster, is afraid of the NRA,” he said. “It is that simple. We know it’s that simple. The NRA has been a strong political force for many, many years. They’re threatening. They have money. They mobilize people.”

He concluded by laying into Trump’s tax remarks.

“The president is divorced from facts,” he said. “You can run him the tape of the shows I’ve done with you, talking about SALT! For him to now say, well, New York should have fought harder to stop SALT, he was the one who proposed it! Why would you have assaulted the state of New York with a tax reform policy that raised our taxes? This is pure politics.”