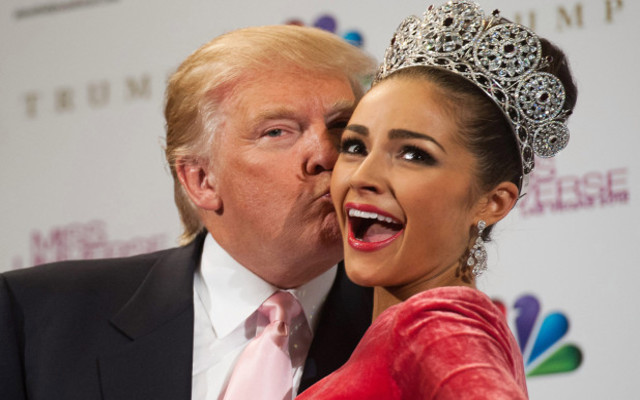 New York Times columnist Charles Blow has had quite enough of how sexual assault allegations against President Donald Trump are overlooked or shrugged at by the media and public, and he’s doing something about it with a brilliant column he wrote for the Times.

Blow begins his column by noting that he’s fed up with what’s taking place in this country under Trump’s leadership:

“I am simply disgusted by what’s happening in America. My political differences with this president and his accomplices in Congress — and now on the Supreme Court — are only part of the reason. Indeed, those differences may not be the lesser reason, and that, for me, says a lot.”

And then Blow spells out exactly what has him so disgusted with Trump’s America:

“Because nothing changes, because he is never truly held accountable, too many Americans are settling into a functional numbness, a just-let-me-survive-it form of sedation.

“[E. Jean] Carroll writes that Trump ‘pushed her against the wall, pushed his mouth against her lips, then pulled down her tights, unzipped his pants and forced his fingers around my private area, thrusts his penis halfway — or completely, I’m not certain — inside me.'”

Imagine, Blow continues, if such a thing happened to someone you care about:

“Go back and read that last paragraph. Read it slowly. Place yourself — or your mother, or your wife, sister, daughter, cousin, girlfriend or friend — in that dressing room. Imagine the struggle. Imagine the violation. Imagine the anger.

“And now remember that the alleged perpetrator is now the president. And, remember that Carroll is by no means alone; a chorus of other women have also accused Trump of sexual misconduct.”

After laying out the case against the president, Blow concludes by asking when we will all reach the point of demanding that Trump be tossed from office:

“To you, America, I ask: What is the breaking point? Is there a breaking point? Does nothing now matter that used to matter? Do we simply allow this accusation to pass like all the others, using the limping excuse that whether or not the man who sits in the Oval Office is a sexual predator or not, he was sufficiently litigated in the 2016 election?”

“This president acts as if he is above the law, or is the law. He lies and he cheats and he bullies. He is hateful and rude and racist. He talks about women to whom he is attracted as if they’re objects to be possessed and about women who dare to challenge him as enemies who must be destroyed.”

Each of us has to ask ourselves some very difficult questions, with the main one being this: Are we willing to see Donald Trump debase the office of the president even further, or have we had quite enough? Are we angry enough to march in the streets, demand action from our elected representatives, and vote in record numbers come 2020? If not, then how can we ever hope to see this country change for the better?