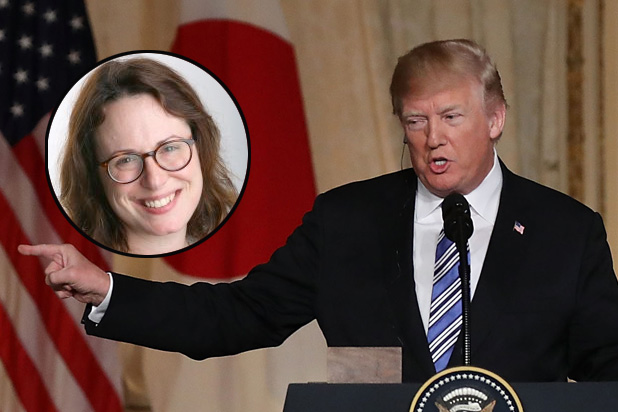 In what may well wind up being one of the greatest examples of perfect irony in the history of mankind, President Donald Trump is accusing Maggie Haberman of The New York Times of lying in a story she wrote.

On Wednesday morning, Trump posted these tweets on the subject of health care:

However, Haberman had the perfect comeback for Trump:

As you’d expect, Haberman is 100 percent correct. In the story she wrote for the Times on the health care debate, there’s this paragraph:

“‘I made it clear to him that we were not going to be doing that in the Senate,” the Kentucky senator told the Times. ‘He did say, as he later tweeted, that he accepted that and that he would be developing a plan that he would take to the American people during the 2020 campaign.'”

Funny how those nasty facts work, isn’t it?

Trump has urged the Department of Justice to try and overturn Obamacare with filings in federal court, and yet he denies he wants to destroy the Affordable Care Act until after the 2020 election. So were all of those legal briefs he had the DOJ file just a smokescreen so he’d have more time to formulate his “wonderful” health care legislation?

If Trump wants to guarantee that he and the GOP will lose in 2020, all he has to do is keep talking about health care. It’s a losing issue for them, yet he seems obsessed with it.