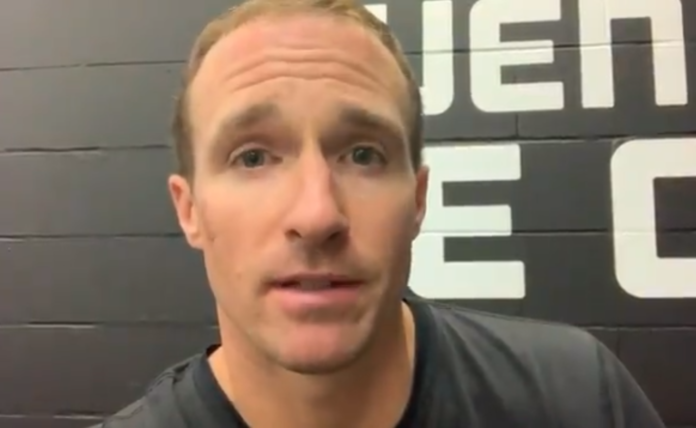 Drew Brees, star NFL quarterback for the New Orleans Saints, is embroiled in a growing controversy for associating himself with a group which is known to advocate for discrimination against the LGBT community and promote so-called “conversion therapy,” which has been called “torture” by those forced to endure it.

According to The New Civil Rights Movement, Brees made a video for Focus on the Family:

Brees says all he did was record a short video for kids for “Bring Your Bible to School Day,” a nationwide effort to use kids to indoctrinate and convert their classmates into Christianity, which is disturbing enough.

But to make matters worse, “Bring Your Bible to School Day” is a program of Focus On The Family, which also actively opposes civil rights for LGBTQ people, including marriage and adoption.

When the matter was brought to the attention of the Super Bowl MVP, he released a video statement on Twitter in which he states:

“I do not support any groups that discriminate or that have their own agendas that are trying to promote inequality. So, hopefully that will set the record straight.”

Hopefully this sets the record straight with who I am and what I stand for. Love, Respect, and Accept ALL. I encourage you not to believe the negativity you read that says differently. It’s simply not true. Have a great day. pic.twitter.com/4RdTahE7EZ

But the simple fact is that Focus on the Family does indeed discriminate. Human Rights Campaign has this to say about the group:

Focus On The Family has raised over $515 Million over the past five years, making it one of the most well funded anti-LGBTQ organizations in America. They invest in public education campaigns against LGBTQ equality, while their related organization CitizenLink supports radical anti-LGBTQ candidates who work against basic civil rights and legal protections.

And while Brees might could be forgiven if he had just made this one error, Big Easy Magazine notes that Brees has been affiliated with Focus on the Family for almost a decade.

When Brees was asked about the controversy by reporters Friday, he remarked:

Drew Brees addresses his “National Bring Your Bible To School Day” video that appeared on Focus on The Family platforms.

He said he was not aware of the group’s anti-LGBT views. He says hate goes against everything being a Christian is all about. pic.twitter.com/Jjhexqljo0

It remains to be seen if Brees will completely disavow Focus on the Family and refuse to work with them again.