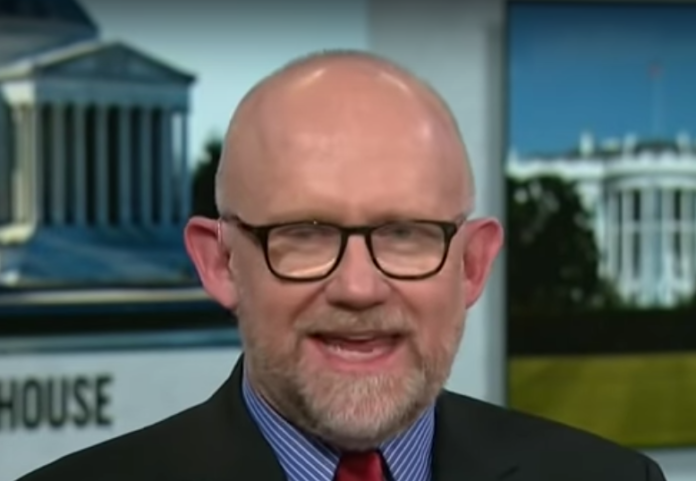 Nicolle Wallace and Rick Wilson had a field day with President Donald Trump’s desire for a state-run media outlet that would allow him to preach his propaganda to the world.

Trump made the authoritarian suggestion on Twitter Monday in yet another attack on CNN.

While CNN doesn’t do great in the United States based on ratings, outside of the U.S. they have very little competition. Throughout the world, CNN has a powerful voice portraying the United States in an unfair….

….and false way. Something has to be done, including the possibility of the United States starting our own Worldwide Network to show the World the way we really are, GREAT!

Wallace opened a segment on her MSNBC program by reading the tweets before her panelists joined the discussion. And the mockery commenced.

“He already has one,” Mike Lupica began. “How many state-run networks does one president need?”

Indeed, Fox News already serves Trump’s propaganda purposes by many people’s account — But it’s apparently no longer enough for him.

Wallace then reminded the panel of glowing remarks Trump made about North Korea’s state-run propaganda network, which showers praise on Kim Jong Un, pointing out that the female talking head who delivers that praise probably gets shot if she doesn’t.

Then the always hilarious Rick Wilson chimed in with a shot at Fox News host Jeanine Pirro, who constantly spews vitriol and lies in support of Trump.

“Slap Judge Jeanine in a pink kimono and have her scream at the TV every night,” he quipped.

“This is real,” Wallace replied in disbelief. “He wants what Kim Jong Un has.”

“Serious question though, how does Fox News not fill all of those needs?” Wallace asked.

“There is no bottom for this guy, the black hole of ego-need for Donald Trump will absorb all the material in the universe — Fox can’t feed it fast enough,” Wilson responded.