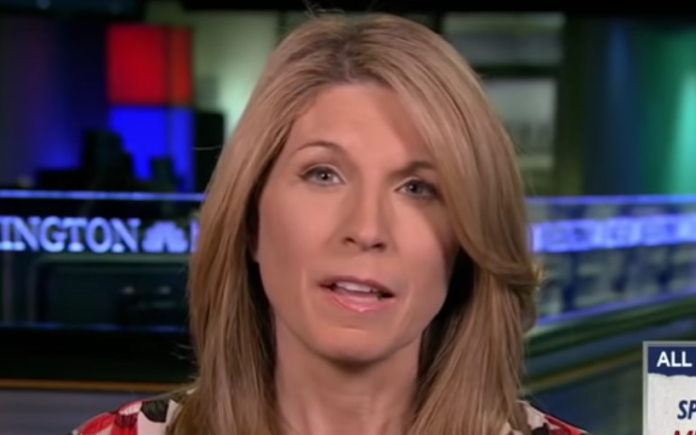 MSNBC host and former Republican communications expert Nicolle Wallace took Fox News host Jesse Watters to the woodshed on Friday night for treating voters like they are stupid when he claimed that they don’t care about the Mueller report.

Special Counsel Robert Mueller turned in his final report on the Russia investigation to Attorney General William Barr earlier in the day.

The report could contain explosive details about Russian interference during the 2016 election and be damning to President Donald Trump.

According to polls, 68 percent of Americans want the Mueller report to be released to the public, and only 10 percent don’t want it released.

Clearly, Americans do care, including many conservatives who likely watch Fox News.

But Watters disrespected them by claiming they care more about sports and watching Netflix than they do about what Mueller found.

“Mueller took too long, he lost all his momentum,” Watters claimed. “It’s kind of like the guy at the barbecue, when you invite everyone over at 5:00 and at 7:00 no one’s eaten yet and he burns the meat. you say, ‘I waited two years for this? This is terrible!’ I honestly don’t think the rest of the country outside of the swamp and the partisans really care about the Mueller report. They care about the brackets for the NCAA, they care about spring vacation and they care about what’s on Netflix.”

When asked to respond to Watters’ rant, Nicolle Wallace could not believe the level of disrespect toward voters.

“I learned at the very beginning of my career in politics to never to treat voters like they’re stupid,” she began. “And I don’t know who that guy was and I don’t watch a lot of Fox News anymore. But to treat viewers and voters and citizens like they’re so stupid they don’t care about anything more than sports is really cynical. And I think it probably works for a segment of the population that Donald Trump’s already got locked and loaded. But this isn’t about them.”

“We don’t know what he found, there are really serious questions,” Wallace said in reference to Mueller and the report. “I think we should give our viewers and voters credit for wanting to know the answers to those kinds of questions.”

Americans want to know and they deserve to know what Mueller has found. The fact that Fox News continues to pretend that it’s not important only proves once again that the network is Trump’s propaganda machine.