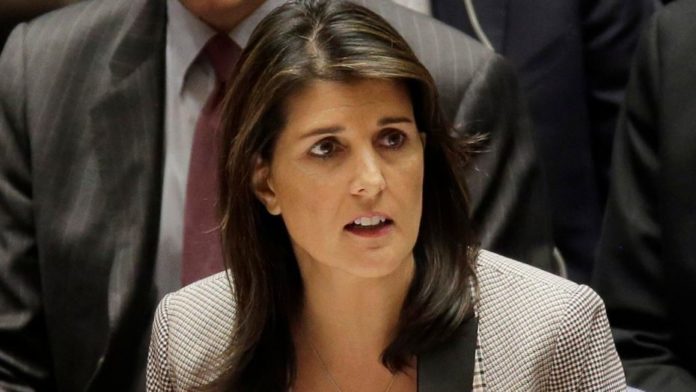 Nikki Haley, the former ambassador to the United Nations, thought she’d weigh in on a topic she knows next to nothing about and wound up being absolutely humiliated when her ignorance was exposed for the entire internet to see.

It all began when Haley decided she’s respond to a tweet from Senator Bernie Sanders (I-VT), who posted this:

We’ve got to end the disgrace of our profit-driven health care system and pass Medicare for all.

Haley couldn’t resist, so she responded to the tweet from Senator Sanders:

Alright @BernieSanders, you’re not the woman having the baby so I wouldn’t be out there talking about skimping on a woman when it comes to childbirth. Trust me! Nice try though. https://t.co/LlmLmqdbNk

Health care costs are too high that is true but comparing us to Finland is ridiculous. Ask them how their health care is. You won’t like their answer.

Maternal mortality is the lowest in the world in Finland.
(WHO)

3/4 Finland has the second lowest total mortality from cancer in EU countries (OECD).

4/4 Apologies for the delayed reply, but we were out celebrating our rank as the happiest country of the world. https://t.co/rL7eMNQuDz

Then others piled on:

Why not just tweet “I am uninformed and dangerous, but I speak to millions, so take seriously what I say”?

Finland has one of the lowest maternal mortality rates in the world, while the US… doesn’t.

Imagine being as dumb as Nikki Haley thinks you are.https://t.co/YpXrc4VgPB