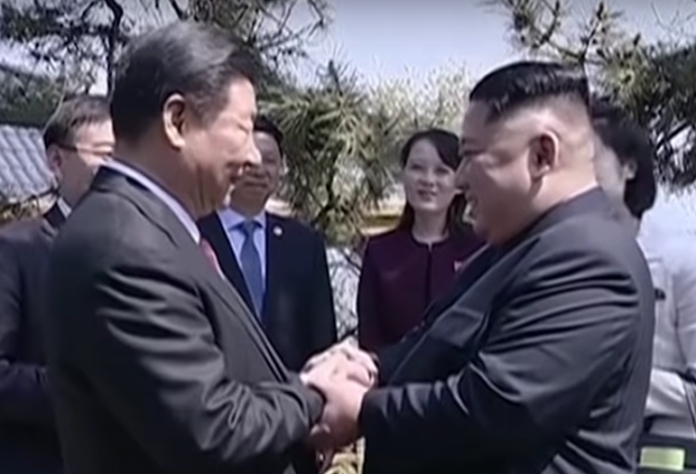 President Donald Trump’s new tariff threat against China has drawn a rebuke from a North Korea expert who warned on Monday that his threat could backfire by sabotaging his effort to reign in Kim Jong Un and achieve a denuclearization deal.

On Sunday, Trump decided to announce new tariffs against the Chinese despite the fact that his previous tariffs have been a disaster for farmers and threaten to trigger an economic slowdown.

….of additional goods sent to us by China remain untaxed, but will be shortly, at a rate of 25%. The Tariffs paid to the USA have had little impact on product cost, mostly borne by China. The Trade Deal with China continues, but too slowly, as they attempt to renegotiate. No!

Trump then threatened them again on Monday morning.

The problem is that China still has cards to play against the United States in retaliation, including cashing in all the IOUs we’ve been giving them in exchange for the billions we have borrowed.

But there’s an even more serious way China can retaliate, warns Harry Kazianis, director of Korean Studies at the Center for the National Interest.

“Donald Trump today tweeting out about increasing tariffs and things of that nature, he needs to be a little careful because his North Korea policy could blow up in his face,” Kazianis told CNBC, pointing out that China can use sanctions against North Korea “as a weapon against the United States.”

“Think about it this way, 90 percent of North Korea’s exports go to China,” Kazianis explained. “[China] could end maximum pressure in days by just opening up the border.”

We need China to keep the pressure on North Korea, and all Trump is doing by slapping more tariffs against the Chinese is shooting himself in the foot. If he thinks North Korea is being difficult now, just imagine how difficult negotiations will be if the sanctions are unenforced.