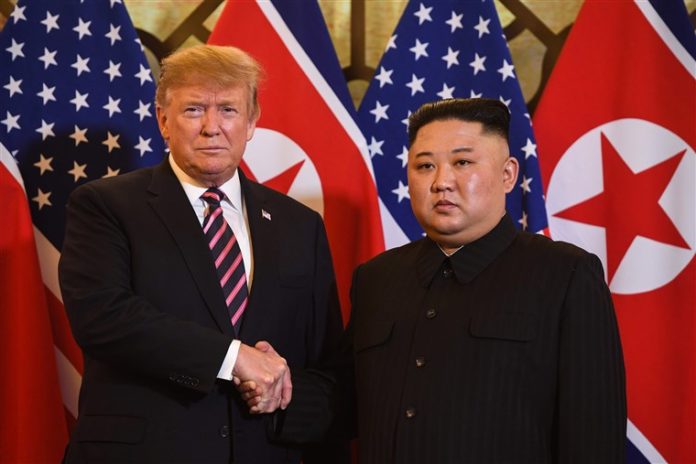 “North Korean hackers who have targeted American and European businesses for 18 months kept up their attacks last week even as President Trump was meeting with North Korea’s leader in Hanoi.

“The attacks, which include efforts to hack into banks, utilities and oil and gas companies, began in 2017, according to researchers at the cybersecurity company McAfee, a time when tensions between North Korea and the United States were flaring. But even though both sides have toned down their fiery threats and begun nuclear disarmament talks, the attacks persist.”

While North Korea has halted its tests of intercontinental ballistic missiles in recent months, their cyber attacks have continued unabated, Victor Cha, the Korea chairman at the Center for Strategic and International Studies in Washington, noted:

“For 15 months, they haven’t tested weapons because of this negotiation but over those same 15 months they have not stopped their cyber activity.”

The attacks originating from North Korea also targeted U.S. allies, according to the Times:

“The vast majority were in the United States, with the most frequent marks in Houston, an oil and gas hub, and New York, a finance hub. Other major targets included London, Madrid, Tokyo, Tel Aviv, Rome, Bangkok, Taipei, Seoul and Hong Kong. Russia and mainland China, two countries that have maintained cordial relations with North Korea, were relatively untouched.”

Christiaan Beek, McAfee’s senior principal engineer and lead scientist, said the North Korean hackers knew exactly what they wanted and how to get access:

“The campaign was clearly really well prepared. It was very well researched and very targeted. They knew the individuals they were going for, and they drafted emails in such a way that their targets clicked on them.”

“Their very aggressive cyberactivity will have to be addressed in future discussions. They are extremely active and, it’s clear to me at least, they’ve stopped missile testing because of the ongoing negotiations, but they’re not stopping in cyber.”

Meanwhile, Donald Trump and Kim Jong Un are exchanging “beautiful” letters with each other and, according to the president, falling in love.