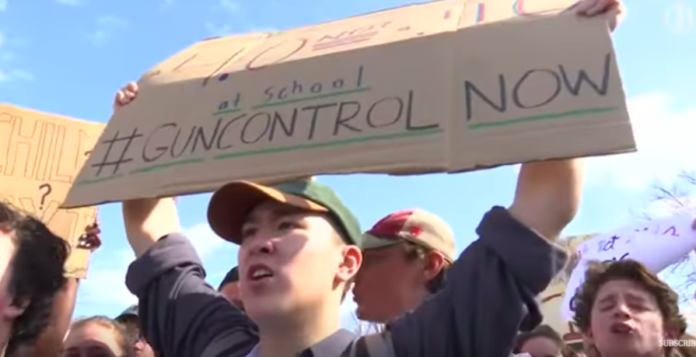 Ever since the shooting in Parkland, Florida, Americans are focused on guns and the conversation surrounding what to do with them; about them.

The victims from Marjory Stoneman Douglas have not been quiet about their opposition to easy accessibility to weapons of war, and politicians like Senators Ted Cruz (R-Texas) and Marco Rubio (R-Fla.) have had a more difficult time fending off criticism for, among other things, the amount of money they take from the National Rifle Associaton.

NRA spokesperson Dana Loesch, who recently spoke at a town hall in Florida hosted by CNN, has previously stated that gun control measures should be left up to the states. But that hasn’t stopped the NRA from suing the state of Florida.

Dana Loesch: “Any Gun Control measures should be left to the states.”

NRA sues the state of Florida.

According to a report by the New York Times, the lawsuit came just hours after Governor Rick Scott signed the gun control bill.

“The new legislation raises the minimum age to buy rifles from 18 to 21, extends a three-day waiting period for handgun purchases to include long guns and bans bump stocks that allow guns to mimic fully automatic fire. It also creates a so-called “guardian” program that enables teachers and other school employees to carry handguns.”

The bill, while not perfect, was viewed by many as a step in the right direction for those who want stricter gun control in their state. The NRA says that the new measures violate the Second Amendment, and want a federal judge to stop the age restriction from taking effect.

One of the most controversial parts of the bill is the ability to arm teachers, given that they go through at least 144 hours of training in firearms handling, an idea that the president has endorsed. However, many critics point out that the president’s position of “hardening schools” is less likely to lead to safety, and lends itself more to a culture of fear.

instead of privatizing schools and arming teachers, can't we just send kids straight to prison