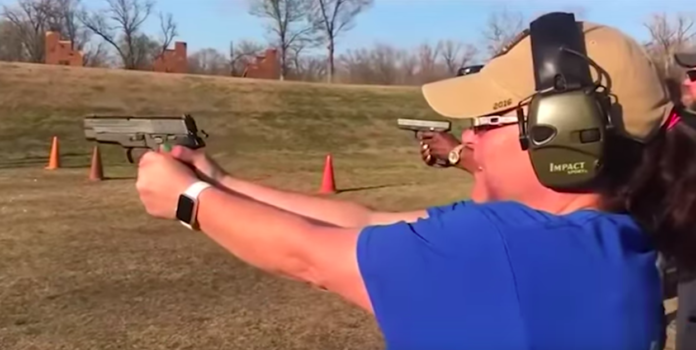 Republicans across the country demonstrate almost daily that they know nothing about how insurance works as they continue to push to arm teachers.

Instead of fighting to implement gun control measures such as comprehensive background checks, an assault weapons ban, and age restrictions for buying firearms, President Donald Trump proposed arming teachers in every school district throughout the nation.

The National Rifle Association immediately backed the proposal. And of course, the NRA would.

After all, the NRA has training programs and would make a fortune from all the training teachers would require every year, not to mention the gun and ammunition sales. As The Washington Post reported last month, arming teachers would cost at least $1 billion annually.

But Republicans apparently didn’t think about one expense that could derail the proposal: liability insurance.

You see, when a gunman brings a gun into school, that’s not the school’s fault and insurance companies will cover the damages. But requiring guns in 20 percent of classrooms across the country would be considered a risk that schools would be liable for if something should happen.

For instance, if a gun accidentally goes off and kills a child, the school would be held liable for the shooting. And that will come with a hefty price tag.

In fact, as Republicans try to arm teachers, the cost of insurance in one state prevents lawmakers from arming teachers in spite of passing a bill allowing armed staff in schools.

Kansas Republicans passed the law in 2013, but in the five years then, school employees have yet to bring a gun to school. Why?

Because insurance premiums would jump through the roof for any school that willingly allowed a teacher or staffer to bring a gun inside the building. It’s a price many insurance companies are just not willing to pay.

That’s what EMC Insurance Companies concluded in a letter sent to their local offices.

“EMC has concluded that concealed handguns on school premises pose a heightened liability risk. Because of this increased risk, we have chosen not to insure schools that allow employees to carry concealed handguns.We are making this underwriting decision simply to protect the financial security of our company.”

Indeed, any insurance company would be crazy to insure a school that allows guns in classrooms.

“Putting a firearm in a school every day of the year, I feel, increases the exposure and potential risk of something happening.”

The risk of an accident or worse is simply too high and only increases the more guns are present.

In 2014, a Utah teacher accidentally shot herself with the gun she carried while at school. Imagine the price the insurance company would have had to pay if she had accidentally killed a kid or anyone else.

Just this year, a Georgia teacher fired his gun inside the classroom and barricaded himself inside. Luckily, no students were in there at the time. But the incident could have been much worse. And the school would have been liable for it.

And let’s not forget about the Pennsylvania teacher who left their gun in a bathroom, where kids found it.

But Republicans in Kansas are considering legislation that would force insurance companies to cover schools that allow guns in classrooms.

The question is: Which industry will win this battle, the gun industry or the insurance industry?

So far, it appears the insurance industry has the upper hand. Covering the increased risk in schools is just too high of a price to pay. And if forced to cover it, schools would face skyrocketing premiums that forces them to spend more money, up to thousands per armed staffer.

Many schools are already struggling to find money to use for educational needs, and now Republicans are trying to force schools to put security over education. That sounds a lot like a prison system.