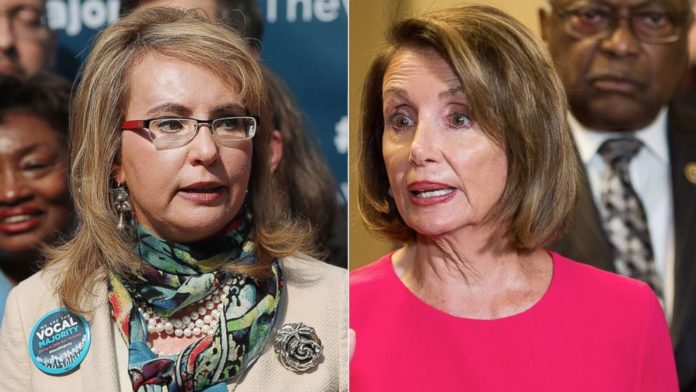 The National Rifle Association (NRA) is well-known for their belief that every American be allowed to purchase and own any weapon they desire, but a new stunt they pulled with a magazine article proves why they’re on the way to bankruptcy and irrelevancy.

The National Rifle Association is facing scrutiny over publishing a magazine spread that depicts House Minority Leader Nancy Pelosi and former Rep. Gabby Giffords, a victim of gun violence, next to a large headline that reads ‘Target Practice.’

“Lawmakers and advocates decried the American Rifleman layout as offensive on Saturday afternoon after Huffington Post reporter Jennifer Bendery shared pictures of the magazine on Twitter. From there, it went viral and was circulated to other lawmakers and Pelosi’s daughter.”

Here’s a screenshot of the article: 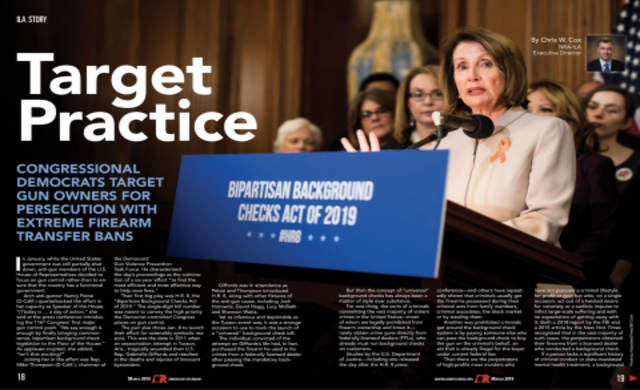 Social media immediately exploded with disgust for what many felt the NRA was advocating with their irresponsible their headline and photo:

Someone sent me this image of the latest copy of NRA’s magazine, featuring a story with the words “Target Practice” next to a photo of Nancy Pelosi with Gabby Giffords. Maybe don’t do this @NRA. pic.twitter.com/u9fQhxwEyk

This is a call for violence by the @NRA against @GabbyGiffords, who was nearly killed by gunfire and @SpeakerPelosi, the most powerful legislator in America. The NRA should face legal consequences. But let’s put them out of business with boycotts and ballot boxes. #EnoughIsEnough pic.twitter.com/XFTAg5XJWI

Because @DLoesch and the rest of the dipshits at the @NRA would love a few more high profile opponents to get ‘taken out by an unstable person’.

I’ve always believed that words have power. This type of callous language is typical of the @NRA.

So does this mean that the @NRA is a #DomesticTerrorist organization?

Just a reminder that the NRA is classified as a tax-exempt social welfare organization by the IRS which means it’s supposed to operate primarily to further the common good and general welfare of the people of the community, not threaten lawmakers. https://t.co/Q0e0xcJI8Y

The NRA owes Speaker Pelosi, Gabby Giffords, and every American citizen an apology. But none of us will hold our breath waiting for one.