The United States Blues
Home News NRA spent tens of thousands of dollars on hair and makeup for... 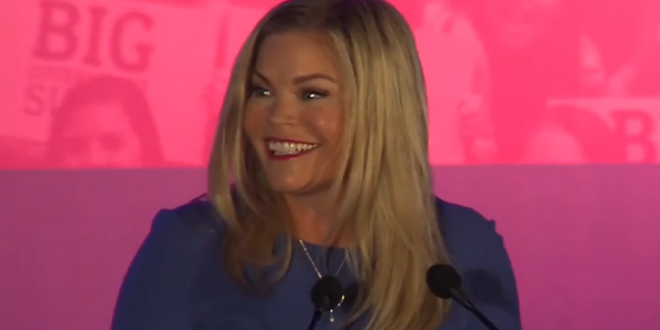 The National Rifle Association (NRA) loves to tell its members that it uses their contributions and membership fees to fight for the Second Amendment right to bear arms, but it turns out they also spend a thousands of dollars a year to keep the CEO of the NRA’s wife happy.

According to The Daily Beast, the gun lobbying organization has allowed Susan LaPierre, wife of NRA CEO Wayne LaPierre, to spend lavishly:

The expenses–which included plane flights and luxury hotel stays for the stylists–are bound to fuel an already-raging debate over what some see as a spendthrift culture in the NRA’s upper echelons. The NRA, meanwhile, called it a “non-story,” and said their ex-ad firm was responsible for any such expenses.

Susan LaPierre serves as co-chair of its Women’s Leadership Forum and is a frequent speaker at events for female NRA supporters. But apparently that also requires lots of personal upkeep:

“For years now, the NRA has paid for a makeup artist and a hair stylist, both based in Nashville and plugged in to the country music scene, to do LaPierre’s hair and make-up at events around the country, according to two sources familiar with the arrangements.”

All of this comes as the NRA is under pressure for lavish spending on perks given to its top leadership over the years, including a request by Wayne LaPierre that the group build him a $6.5 million mansion on a golf course in Dallas, Texas, after he expressed concerns for his life and the security of his family following the 2018 mass shooting at Marjory Stoneman Douglas High School in Parkland, Florida. The NRA didn’t agree to build the house for LaPierre.

Other spending by LaPierre has also been criticized as excessive:

The group is embroiled in a host of legal tangles, including multiple congressional investigations, multiple probes from state attorneys general, and high-stakes litigation with the governor of New York. It is also suing—and, simultaneously being sued by—its former public relations firm, Ackerman McQueen. Tens of millions of dollars could be at stake in those lawsuits.

Travel expenses, fancy clothes, hair and makeup. Sounds like the NRA is engaged in little more than a massive bait and switch where members have to foot the bill while a few fat cats get whatever they want.

Second Amendment? The NRA is all about greed.