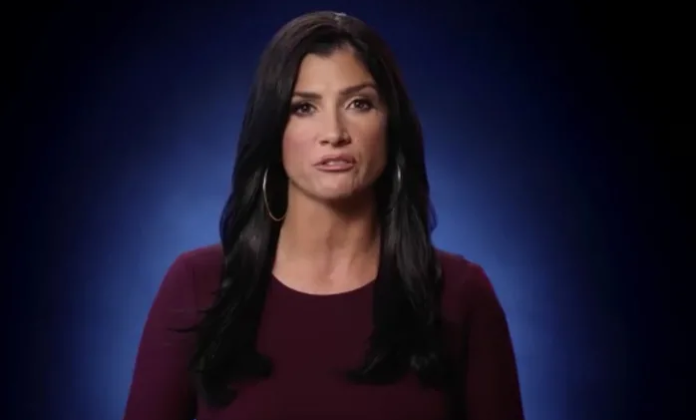 Months of infighting have finally come to a head at the NRA and it has severed ties with the agency that operated NRATV according to a report from The New York Times. As a result, NRA TV is now shut down. And NRATV spokeswoman Dana Loesch is out of a job.

And she’s part of the reason all of this is going down, Media Matters for America (MMFA) reports. A segment airing an edited version of Thomas the Tank Engine that featured Loesch mocking ethnic diversity and showing the trains sporting Ku Klux Klan hoods stirred criticism after it was brought to light by MMFA. This non-profit media watchdog excels at bringing right-wing bigots out in the open.

The segment and NRATV’s continual right-wing talking points left some National Rifle Association board members disgruntled, so the organization decided to sever its relationship with Ackerman McQueen, the company responsible for NRATV. And since Loesch is actually employed by Ackerman McQueen it means she’s out of a job.

Good riddance, and as the old saying goes: “It couldn’t happen to a nicer person.”

MMFA’s president Angelo Carusone noted NRATV continually relied on people who were known white supremacists. That’s especially true when it comes to Michael Cutler, an anti-immigration activist who regularly writes for a white nationalist publication. The channel has featured him an astonishing 32 times.

“NRA TV was a malevolent and destructive force that infected public discussions with dangerous misinformation, fomented extremism, and increasingly promoted actual white supremacists,” Carusone said in a statement. “The fact that NRATV attacking the children’s show Thomas the Tank for its diversity efforts is another potent reminder that sunlight is the best disinfectant.”

Carusone added that NRATV wasn’t shut down due to any form of contriteness. The NRA was only worried that the channel was affecting profits.

“While it was long past time that NRA TV was held accountable for its damaging effects, make no mistake the National Rifle Association did not shut down NRA TV because of the lies or bigotry of NRA TV,” he said. “Instead, they only acted when NRA TV’s existence threatened the organization’s bottom line and exposed the depths of corruption by the NRA’s leaders.”

CNN reports that NRATV may air past content but its hosts, including Loesch, will not be featured in live programming.

The decision to shutter NRATV programming comes as the NRA is roiled with reports of infighting among high-ranking members and as its finances are scrutinized by New York’s attorney general.

Ackerman McQueen and the NRA have been fighting it out in a spate of lawsuits. The gun rights organization has accused the agency of breach of contract and their fiduciary duty in the most recent lawsuit, filed in May. The complaint also alleges the ad agency tried to stage a coup to unseat NRA CEO, Wayne LaPierre.

For its part, the ad agency claims the lawsuit “is a reckless attempt to scapegoat for the NRA’s own breakdown in governance, compliance, and leadership.”

An earlier lawsuit against Ackerman claimed the agency neglected to provide details about $40 million that the NRA and associated groups spent annually with the firm and an ancillary agency. Ackerman claimed the allegations were false and filed a counter-claim, saying the NRA was using litigation as an excuse to terminate the contract without providing the firm with proper compensation, The Wall Street Journal reports.

Ackerman has since released a statement saying it was “not surprised that the NRA is unwilling to honor its agreement to end our contract and our long-standing relationship in an orderly and amicable manner.”

“When given the opportunity to do the right thing, the NRA, once again, has taken action that we believe is intended to harm our company even at the expense of the NRA itself,” the statement read.

But then, considering that it’s largely responsible for Loesch’s cringe-worthy Thomas the Tank Engine video, Ackerman is doing itself additional harm.

The growing disconnect between NRATV and the NRA apparently spurred LaPierre to action, and in a message to be released Wednesday, he apparently said: “many members expressed concern about the messaging on NRATV becoming too far removed from our core mission: defending the Second Amendment.”

So for Dana Loesch, I’m going to offer what so many NRA-beholden politicians have offered to survivors of gun violence.