The United States Blues
Home Politics Judicial NY judge booted from the bench after saying nooses are necessary to... 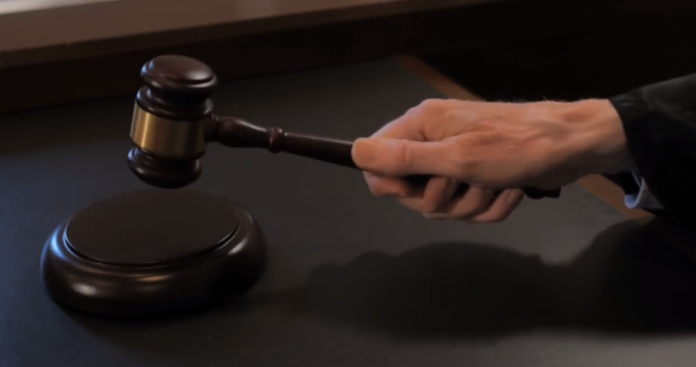 A judge in upstate New York has been forced from the bench after making an online posting of a noose accompanied by a well-known Trump campaign slogan which the state legal commission said clearly showed political or racial bias, the Washington Post reports:

Kyle R. Canning, a part-time judge in Altona, N.Y., near the Canadian border, posted an image to his Facebook account of a noose, with the words: “IF WE WANT TO MAKE AMERICA GREAT AGAIN WE WILL HAVE TO MAKE EVIL PEOPLE FEAR PUNISHMENT AGAIN.”

The New York State Commission on Judicial Conduct said that Canning, 29, failed “to maintain high standards of conduct so that the integrity and independence of the judiciary would be preserved,” that he failed to avoid impropriety and the appearance of impropriety, and that he “failed to respect and comply with the law and failed to act in a manner that promotes public confidence in the integrity and impartiality of the judiciary.”

Canning reportedly posted the message in early 2018 and a complaint was filed against him in August of the same year. The state commission lodged a formal complaint against the judge in May of this year.

In his resignation, Canning wrote that he was quitting his position “with a sense of despair. They have presented me with several different options in resolving what they claim to be a serious offense. I feel as though, due to my current financial situation and obligations to my family, I am being coerced into resigning.”

“The noose is an incendiary image with repugnant racial connotations. It is the very antithesis of law and justice. For a judge to use the image of the noose in making a political point undermines the integrity of the judiciary and public confidence in the courts.”

As part of his resignation, Canning also pledged to never seek or accept any other judicial position.