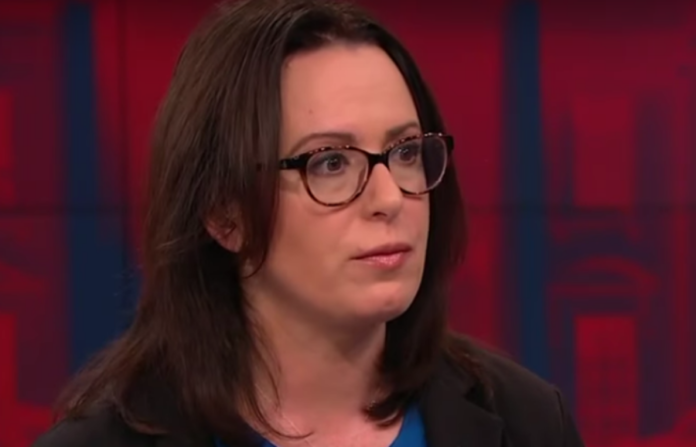 President Donald Trump bit off more than he could chew on Saturday morning when he viciously attacked New York Times reporter Maggie Haberman over a story she wrote about his personal attorney Michael Cohen. He tried bullying her and she wasn’t having it.

Earlier this month, the FBI raided Cohen’s home and office in a search for evidence after a referral to the New York U.S. Attorney from Special Counsel Robert Mueller.

In the article, Haberman wrote that the prospect of going to prison for many years could spur Cohen to flip on Trump, especially since Trump allegedly treated Cohen like crap over the years.

“For years Mr. Trump treated Mr. Cohen poorly, with gratuitous insults, dismissive statements and, at least twice, threats of being fired, according to interviews with a half-dozen people familiar with their relationship.”

And Trump apparently learned of the story and immediately took to Twitter.

The New York Times and a third rate reporter named Maggie Haberman, known as a Crooked H flunkie who I don’t speak to and have nothing to do with, are going out of their way to destroy Michael Cohen and his relationship with me in the hope that he will “flip.” They use….

….non-existent “sources” and a drunk/drugged up loser who hates Michael, a fine person with a wonderful family. Michael is a businessman for his own account/lawyer who I have always liked & respected. Most people will flip if the Government lets them out of trouble, even if….

….it means lying or making up stories. Sorry, I don’t see Michael doing that despite the horrible Witch Hunt and the dishonest media!

It’s unknown to who Trump was referring as a “drunk/drugged up loser,” but Haberman did talk to Sam Nunberg, and Roger Stone, both of whom are Trump associates and both confirmed that Trump treated Cohen like shit.

But Haberman didn’t let Trump’s attack slide. First, she remarked that her story “touched a nerve.”

And then she followed that up with additional information from a source who confirmed that Trump is “abusive.”

When I was reporting this story, I said to one person who’s observed the Cohen-Trump relationship that Trump has been abusive to him. The person replied, “He’s abusive to everybody.” https://t.co/coxNMRVCUl

That’s quite a way to call Trump out for being a bully. You can be sure that Trump is going to throw a fit about it. After all, it sure seems like Trump especially hates it when women stand up to him.