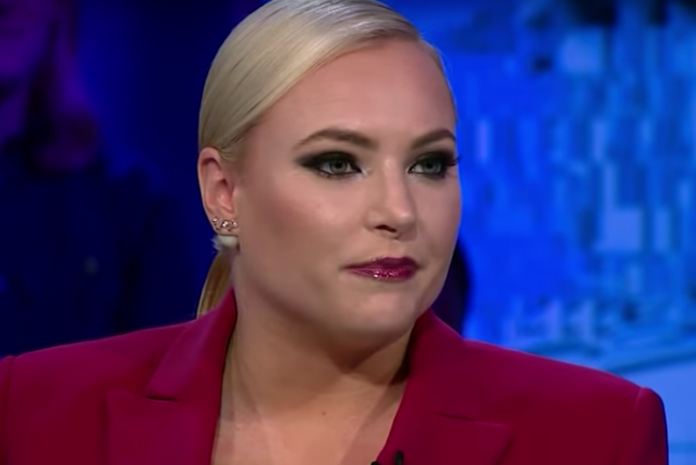 As conservatives continued to freak out over a statement about abortion made by Virginia Governor Ralph Northam this week, “The View” co-host Meghan McCain spread falsehoods about the procedure only to be fact-checked by an OB/GYN.

Northam has been seriously misquoted by right-wingers after he was asked about provisions in a bill concerning third-trimester abortions. Conservatives claim that Northam advocated for infanticide, but they took his words out of context and conveniently ignored that his statement concerned fetuses that were nonviable and born with a deformity, a topic he is more than qualified to discuss because he’s a physician.

Basically, the fetus is already no longer living once it’s delivered, which is why parents have the option to resuscitate if they choose. Nobody is talking about killing babies like the right-wing freak out machine claims.

Northam is not the only Democrat conservatives have attacked over abortion rights this week. Fox News smeared the state of New York after Governor Andrew Cuomo signed a bill into law allowing third-trimester abortion under specific circumstances, such as danger to the mother or fetus nonviability, similar to the Virginia bill.

McCain not only spread the lie, but she also made other false claims about abortion.

We are one of only seven nations in the world, along with North Korea and China, to allow abortion on demand after 20 weeks. Our existing law is extreme, and as a pro-life American, I cannot support anyone who supports it. 1/2

It is a battleground culture war issue, as we see in New York, where the Democratic standard is abortion on demand, taxpayer funded, and if you don’t like it, leave. True leaders don’t play pretend about our divisions. They lead. 2/2

And this led to her being challenged by an actual OB/GYN named Dr. Daniel Grossman, who pointed out that 65 nations allow third-trimester abortions, not just the United States, North Korea, and China.

Hi @MeghanMcCain. I am an OB/GYN, abortion provider & researcher. I’d like to clarify some facts: 65 countries allow abortion at this stage in cases of fetal malformations or anomalies. (https://t.co/xkaHqCrV6v) The US doesn’t have access to early abortion like many countries do. https://t.co/qzexI7S5HK

He pointed out that most countries provide taxpayer funding to cover abortions, whereas the United States does not.

From your tweet, you suggest that you don’t want the US to be a global outlier on abortion policy. Did you know that 78% of high-income countries provide public funding for abortion, making the US an outlier? https://t.co/PXKy6wOsN2

He then explained why women need to have access to abortion after 20 weeks.

There are many reasons why patients have abortions after 20 weeks; complications happen as the pregnancy progresses, my patient’s health is impacted, and we perform tests to make sure the fetus is healthy. This is why this decision is made based on medical advice, not politics.

Additionally, I see patients who need abortions after 20 weeks because the restrictions to abortion made it difficult for them to get care earlier. Everything from medically unnecessary waiting periods and ultrasound laws to shuttering of clinics and insurance bans create delays.

He concluded by making it clear that he does what’s best for his patients and if they decide they need an abortion, he lets them make that decision with proper informed consent that has nothing to do with right-wing propaganda or forcing women to view ultrasounds. It’s entirely about what’s best for their overall health.

Whether or not we ourselves would have a later abortion is not the question. The question is whether or not we’re able to show empathy for the patient making that decision. It’s my job as a doctor to support my patients in making the decisions that are best for their situation.

McCain has not responded and likely won’t since Grossman’s expert opinion has more clout, but he offered to educate her on “The View” if invited to appear on the show.

When we have this debate, we must center the patients in the conversation, and use evidence-based research and facts to inform policy.

I’d be more than happy to come on @TheView and talk to you about this and share more of the research and facts about abortion. Let’s talk!

Perhaps Joy Behar, Sunny Hostin, or Whoopi Goldberg would be interested in bringing the good doctor on to let America benefit from his expertise so people with bigger platforms like McCain can’t continue misleading the public.