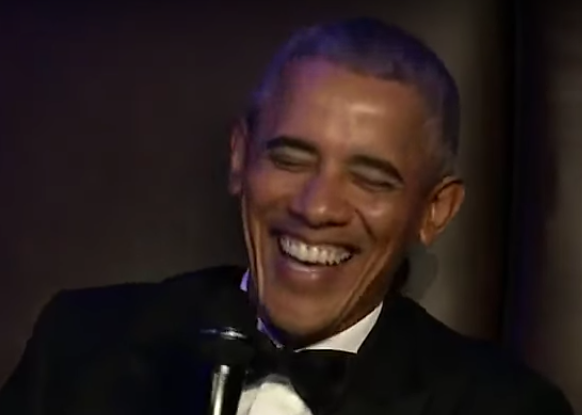 As President Donald Trump continues to freak out as Special Counsel Robert Mueller closes in on him, former President Barack Obama reminded the world that nobody in his administration got indicted over his eight years in office.

It’s not a stretch to say that Trump is having a terrible week. Paul Manafort got busted violated the terms of his plea deal by lying to Mueller. Manafort’s lawyers got caught briefing Trump’s legal team of what he has told investigators. But Thursday brought even worse news for Trump as his former lawyer Michael Cohen reached a plea deal with Mueller and admitted that he lied for Trump during testimony to Congress in 2017.

In addition, Deutsche Bank was raided by authorities, and that’s the bank that served as Trump’s top lender. Federal agents also raided the office of Trump’s former tax attorney.

And all of that is on top of previous indictments of several Trump associates, including Manafort, Michael Flynn, Rick Gates, and George Papadopoulos.

During an appearance at the Baker Institute at Rice University this week, Obama took a shot at Trump by reminding everyone that nobody in his administration was indicted, nor was he the subject of a federal investigation. Obama’s ethics record also stands in stark contrast to Trump’s.

Asked what accomplishment during his administration he is most proud of, Obama mentioned the Affordable Care, reminded everyone that the oil boom this country is experiencing occurred on his watch, remarked that Wall Street owes him thanks for the record-breaking stock market run that started during his first term before listing more basic things like telling the truth, recognizing other points of view, thinking things through and being kind to others.

Obama then dropped the hammer.

“Not only did I not get indicted, nobody in my administration got indicted,” Obama said. “By the way, it was the only administration in modern history that that can be said about. In fact, nobody came close to being indicted, probably because the people who joined us were there for the right reasons.”

Obama went on to point out that he and presidents before him respected the office of the presidency and strove to represent it honorably, unlike the current occupant of the Oval Office.