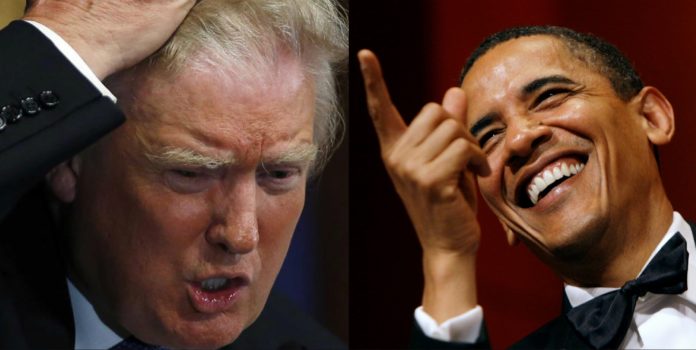 President Donald Trump offered his customary fake praise for a sports team that hates his guts on Sunday after the US Women’s soccer team won the World Cup, but former President Barack Obama offered them real praise from a real leader.

In a 2-0 victory over the Netherlands, the US Women’s team won back to back World Cup titles and showed the world how truly great they are.

Trump did extend congratulations to the team but it seemed very hollow after his recent attacks on star player Megan Rapinoe for emphatically refusing to visit the White House and protesting during the national anthem.

Congratulations to the U.S. Women’s Soccer Team on winning the World Cup! Great and exciting play. America is proud of you all!

Again, this is Trump only pretending to care, and there’s likely not going to be an appearance at the White House by the team.

Yes! Fourth star. Back to back. Congrats to the record breakers on the @USWNT, an incredible team that’s always pushing themselves—and the rest of us—to be even better. Love this team. #OneNationOneTeam

Obama got to congratulate the Women’s team four years ago when he was still in the White House. The team also visited him at the White House to celebrate.

In addition, former First Lady Michelle Obama also posted her own message to the team.

Good luck to the @USWNT! You all are some of the most fearless, powerful, awe-inspiring athletes I’ve ever seen—and together, you’re nothing short of extraordinary. #OneNationOneTeam

Obama’s praise means a lot more than anything Trump could say. Trump is so despised that people chanted “F*ck Trump” during a Fox News segment in a French bar after the American victory.

So, a trip to the White House is likely not in the cards, but perhaps Obama should invite the team to visit him instead. Then the team would get to be honored by a real leader and enrage Trump at the same time. It’s a win-win for them and the country.