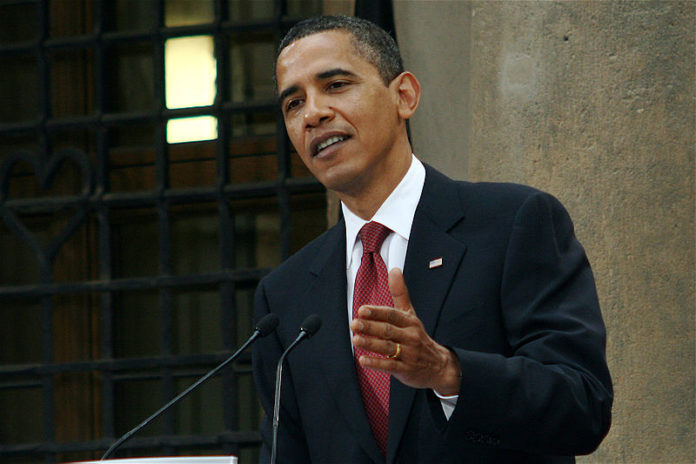 Former President Barack Obama responded on Saturday to a ruling by a federal judge in Texas declaring the Affordable Care Act unconstitutional.

On Friday, U.S. District Court Judge Reed O’Connor argued that since Republicans removed the individual mandate from what is known as Obamacare, that somehow means the entire law is unconstitutional and should be struck down.

President Donald Trump responded with glee that millions of Americans are at risk of losing their healthcare, including people with pre-existing conditions that he once promised to cover.

Of course, the judge and Trump apparently do not understand how the law works. Just because a piece of a law is removed via legislation, that doesn’t make the rest of the law unconstitutional. In fact, the landmark law will likely survive the ruling because the Supreme Court upheld the entire law in 2012, including the individual mandate. Chief Justice John Roberts was the swing vote in that case and he would play the same role this time as the high court is still split. He could change his mind, of course, but it’s very unlikely, especially since O’Connor’s reasoning for his ruling is so weak.

Obama responded on Saturday, the last day Americans were able to sign up for coverage in 2018, by using the ruling as a rallying cry against Republicans.

“You might have heard about a federal court decision on a Republican lawsuit trying to strike down the Affordable Care Act in its entirety,” Obama wrote on Facebook. “That can be a scary thing to hear, particularly if you or someone you care about has a pre-existing condition. And that’s why it’s so important for you to know that last night’s ruling changes nothing for now. As this decision makes its way through the courts, which will take months, if not years, the law remains in place and will likely stay that way. Open enrollment is proceeding as planned today. And a good way to show that you’re tired of people trying to take away your health care is to go get covered!”

Obama reminded the American people of all the good things Obamacare does.

A lot of good people are fighting to ensure that nothing about your care will change. The ACA protects your pre-existing conditions, no matter how you get your insurance. Young people can stay on their parents’ plans until they’re 26. Preventive care like checkups, mammograms, and contraceptive care are still covered. Mental health care is still covered. Women can’t be charged more just for being a woman. All of that is guaranteed by the ACA as long as it’s the law.

And then made it clear that Republicans are never going to stop trying to strip healthcare from the people and called upon Americans to vote against Republicans in 2020 and beyond in order to protect their healthcare.

But all of this should also be a reminder that Republicans will never stop trying to undo all that. If they can’t get it done in Congress, they’ll keep trying in the courts, even when it puts people’s pre-existing conditions coverage at risk. The only way to convince them to stop trying to repeal this law, and start working to make health care better, is to keep voting, in big numbers, in every election, for people who’ll protect and improve our care.

Today is the last day of open enrollment. That means it’s the deadline to make sure you and the people you love have health insurance in 2019. So head over to https://t.co/ob1Ynoesod to get covered! Here’s what else you need to know today about health care: pic.twitter.com/gosn6c6uCa

Obama is correct. Americans shouldn’t just rely on the Supreme Court to protect healthcare, especially if Trump gets to put another conservative judge on the bench. The only way to stop the Republican assault on healthcare is to oust them from office to send a message and even then it may take many defeats before they get the hint. Healthcare is a right, and the Affordable Care Act provided it to tens of millions of people. It’s time for all of us to stand up for our rights as if our lives depend on it. Because this time, they do.