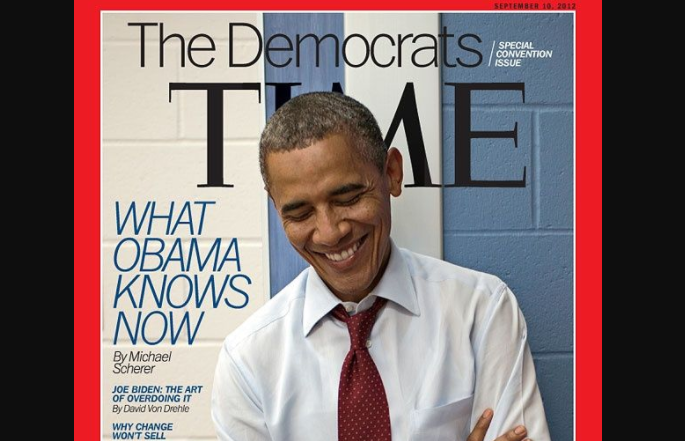 Earlier this week, Trump claimed that the Magazine contacted him to inform him that he will probably be their “Person of the Year.” Trump then claimed that he turned them down.

Time Magazine called to say that I was PROBABLY going to be named “Man (Person) of the Year,” like last year, but I would have to agree to an interview and a major photo shoot. I said probably is no good and took a pass. Thanks anyway!

The President is incorrect about how we choose Person of the Year. TIME does not comment on our choice until publication, which is December 6.

Trump is absolutely obsessed with being on the cover of magazines. In fact, he even has a fake Time Magazine cover featuring himself hanging up at one of his golf resorts. He has also bragged about the number of times he has been on the real cover of the magazine.

President Obama’s official White House Photographer Pete Souza piled on Trump over the little feud and posted 15 of the covers Obama and his family members have been featured on.

If Trump is furious about that, he’ll really explode in rage once he discovers that President Obama has been on more Time covers than him.

So, Pete Souza is right. Trump does have a lot of catching up to do.