The United States Blues
Home News Ocasio-Cortez champions working people in speech that only someone who has actually... 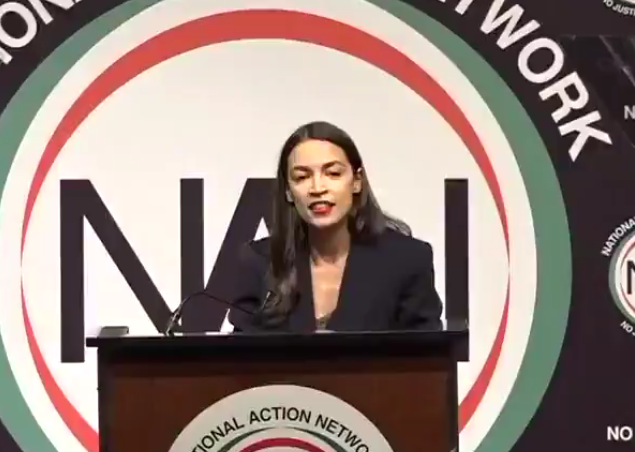 Rep. Alexandria Ocasio-Cortez (D-N.Y.) once again turned Republicans’ biggest criticism of her into her greatest strength on Friday during a speech in which she championed working people.

Ever since she won her seat in Congress, Republicans have been using the fact that Ocasio-Cortez once worked a regular job as a bartender to attack her by suggesting a mere bartender does not belong in the halls of power despite the fact that many members of Congress and former presidents worked regular jobs before they sought political office.

For instance, Senator Mike Enzi (R-Wyo.) was an accountant.

Wisconsin Public Television once did a deep dive into the working backgrounds of all 100 Senators back in 2010.

We found seven senators with general business backgrounds, and seven who were state and local officials, elected and otherwise.

Third place: educators. There are five of them.

There are four legislative staffers, who used to work for a member of Congress.

One of a kinds? A career military officer, one social worker, one veterinarian, one comedian, and one journalist.

And that’s just the Senate. As for all of Congress, ThoughtCo. compiled a list last year identifying members of Congress by their profession.

Among the professions were a rodeo announcer, car dealer, funeral home owner, welder, a nurse, a minister, more farmers, and a fisherman, just to name a few.

And they should be proud of their professions. Ocasio-Cortez sure is and she had no shame whatsoever as she spoke about her past work history during a National Action Network event on Friday where she praised working people and encouraged them

“I, in fact, am encouraged when people remind the country of my past, not because of anything about my story, but because it communicates that if I could work in a restaurant and become a member of the United States Congress, so can you,” she concluded.

“There is nothing wrong with being a working person in the United States of America.” pic.twitter.com/VTzLpybKfw

Ocasio-Cortez has repeatedly demonstrated that she is a champion for working Americans, such as when she slammed Republicans for complaining about the price of a pastry while the people who made that pastry are barely making enough money to get by.

She is also fighting to lower the cost of rent, which is an issue near and dear to most working people.

The rent is too high!

This #TenantTuesday, we’re shedding light on the loopholes + tactics used to intimidate renters, price out communities, drive up rent, & how housing, real estate, wealth inequality+racial justice are all tied up.

The Fair Housing Act would like a word. ☺️ https://t.co/Rn6Ghf3A9N

If you’re a guy in a $ suit that feels some type of way when you see me on TV, maybe you’re limiting yourself to thinking working people’s gain must come at your loss.

After all, mega corps have gained at the cost of working people for so long, many can’t think of any other way. https://t.co/2JBvAyhhA5

And how about that time earlier this week when Ocasio-Cortez took on the corporate practice of forcing employees of signing arbitration agreements to prevent their workforce from filing a lawsuit against them over misconduct.

.@AOC: If you’re a company and you tuck [a forced arbitration] clause into virtually anything you can make an employee or consumer sign, you can essentially absolve yourself from almost any form of corporate misconduct, is that correct?

Every time Republicans attack her by insulting her work history, they are not only attacking her, but their own constituents as well. In fact, they are attacking the American Dream itself because we have all been taught from a young age that we can get a job as anything and rise to greatness. That’s what AOC is doing. And now Republicans are saying that’s not the way America works. That should automatically disqualify them from holding public office ever again.