The United States Blues
Home News Ocasio-Cortez claps back at Fox host for demanding she engage in tokenism... 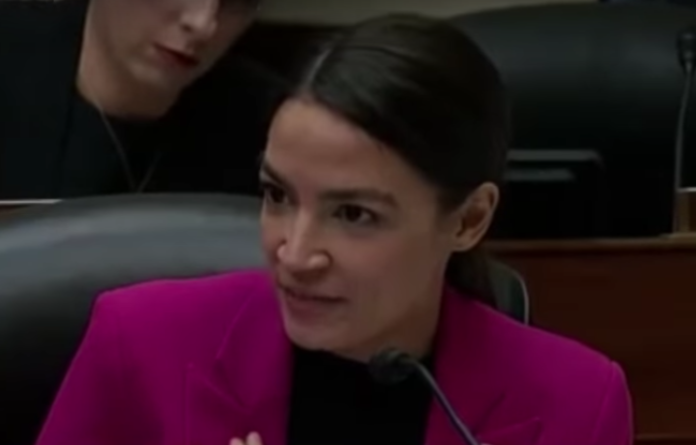 After a Fox Business host suggested Rep. Alexandria Ocasio-Cortez (D-N.Y.) is a racist by challenging her to prove she has black staffers on her team, she clapped back at him and taught him a lessen about tokenism.

During the House Oversight Committee hearing in which Michael Cohen testified earlier this week, Rep. Mark Meadows (R-N.C.) actually tried to defend President Donald Trump after Cohen confirmed that his former boss is a racist.

In fact, Meadows drew ridicule for parading Lynne Patton, a black woman whom Trump appointed to head Region II within the Department of Housing and Urban Development, in an effort to claim that Trump can’t possibly be a racist because he has a black employee.

The ploy backfired, however, when Rep. Rashida Tlaib (D-Mich.) called him out for committing tokenism, which drew cheers from Ocasio-Cortez.

Total bravery from @RashidaTlaib as she reminds the nation that tokenism *is* racism https://t.co/z7K0idYd0F

In response to AOC’s tweet, Fox Business host Charles Payne demanded to know how many black people she has hired on her own staff, as if the number somehow proves that she is a racist or not.

How many Black people are o your staff? https://t.co/X8hzCDFfHx

Let’s keep in mind that Ocasio-Cortez is a person of color.

But she did not hesitate to fire back on Saturday by informing Payne that unlike Meadows and Trump, she doesn’t go around parading her black staffers around to prove she’s not a racist, nor does she need to do so.

We have Black staff. We don’t parade them around to show the world how diverse our team is, and use that as some kind of evidence of the absence of racism. That’s what tokenism is. https://t.co/5qWMqy9522

She then directed his attention to resources that can help him learn about and understand tokenism.

To learn more about this topic, I recommend reading MLK’s “Why We Can’t Wait” or his essay: The case against tokenism, by Martin Luther King Jr: https://t.co/2Z1s1U6aYq

And then referred him to a Washington Post article about her staffers, whom she chose after receiving a record 5,500 applications.

And for those wondering, you can read a bit about our staff here: https://t.co/AcxBUtU5Uu

But she was not done yet.

One Twitter user honestly asked Ocasio-Cortez if corporate diversity programs are a form of tokenism, and her response is not only perfect, it proves she knows exactly what she is talking about.

In my opinion, it’s all in the execution:

– Why is the program being implemented (bc current lack of diversity looks bad, or bc you’re actively trying to cultivate talent?)
– Does the program put people in positions of consequential decision-making power or are they just around?

– Does the program make selected individuals feel lucky just to be there?
– What’s the curriculum?
– Big one: Is the org actively learning + adapting their processes based on experiences w/ program members?
-What is the org trying to learn and what internal weak spots does it ID?

So congratulations, Charles Payne. You just became the latest conservative to get owned by AOC on Twitter.