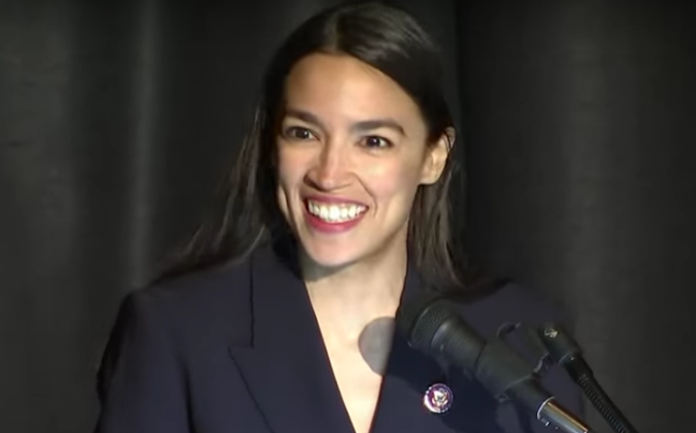 Rep. Alexandria Ocasio-Cortez (D-N.Y.) returned home to her Bronx neighborhood this weekend to deliver an inaugural address, a speech dedicated to community and standing up to fight for what’s right as she defended workers and the Green New Deal.

The freshman lawmaker is truly a woman of the people. She has called out Republican lies and slanders, called for fighting climate change, demanded reform in law enforcement and our criminal justice system, and most recently opposed wasted $3 billion in taxpayer money to subsidize Amazon.

So, it was fitting that she returned to the community she loves so much and urged them to continue fighting for each other while touting the policies that mean the most to her.

“I want to thank each and every one of you,” she began. “Thank you for being here, for choosing to gather in community today and for showing up. Because that is the single most important factor for creating and improving community, choosing to show up for each other.”

Ocasio-Cortez said that she would have delivered her speech earlier had it not been for the government shutdown that lasted 35 days because President Donald Trump threw a tantrum over his wall, going on to let her constituents know that the American people are responsible for bringing the shutdown to an end.

“We entered and were sworn in to a government shutdown,” she said. “We had to navigate a situation, a hostage situation where Republicans took federal workers’ paychecks hostage in order to build an unpopular wall that the majority of the American people don’t want. We ended it. We got through it. We defeated it. It wasn’t us that ended the government shutdown. It was you.”

She then defended the Green New Deal, recounting all of the attacks against her and the popular policy proposal.

“The Green New Deal that we introduced two weeks ago, which was an amazing step forward, they were saying she’s divisive, she’s too confrontational, no one will sign on to a single piece of legislation that she introduced,” she said before noting that the proposal has been introduced in both house of Congress and has been endorsed by 84 members of the House and every Democratic 2020 presidential candidate.

The progressive congresswoman also took aim at Amazon, which recently canceled a headquarters in New York because of heavy opposition to giving the $1 trillion company $3 billion in taxpayer subsidies despite the fact that CEO Jeff Bezos is worth north of $100 billion. The company is also resisting compliance with New York labor laws that protect workers.

“We don’t have to settle for scraps in the greatest city in the world,” she said. “If others don’t want to negotiate with us, that’s not our problem.”

Ocasio-Cortez delivered a fine speech that inspired her constituents and Americans across the country to continue fighting for universal healthcare, a living wage, and environmental sustainability for all people and communities. It’s the kind of address Americans deserve to hear and hopefully will one day hear again from a real president.