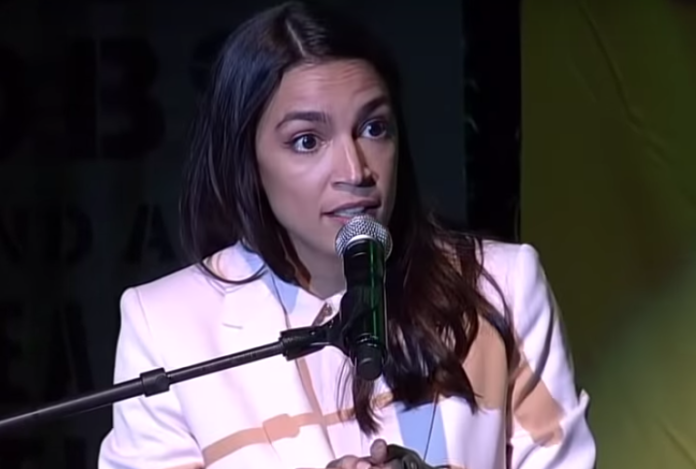 Rep. Alexandria Ocasio-Cortez (D-N.Y.) refused to sugarcoat the dire situation facing our planet and our own existence on Monday night as she passionately delivered a speech in defense of the Green New Deal.

The Green New Deal is becoming a top priority among Democratic 2020 candidates, and during an event sponsored by climate change group Sunrise Movement at Howard University, the face of the legislation spoke to 1,500 people and chose to be honest with them about the state of our union and the government.

Ocasio-Cortez warned that humans were not around the last time this much carbon was in the atmosphere. And that version of our planet had oceans that were much higher and viruses that we have not had to deal with. But as climate change accelerates, we’ll soon be experiencing a reality that past generations did not have to worry about.

She then rebuked conservatives “on both sides of the aisle” who think dealing with this issue is “too much.”

“I will be damned if the same politicians who refused to act then are going to try to come back today and say we need a middle of the road approach to save our lives,” she thundered. “That is too much for me.”

“I wish as a public servant I could tell you everything is going to be alright,’ she lamented. “But I can’t tell you that today, because I’m not interested in lying to you. Frankly, there is no reason for us to be comfortable right now.”

Indeed, the world may only have a decade to do something meaningful to stop climate change before it’s too late, but our government refuses to act, choosing instead to double down on supporting the fossil fuel industry while getting rid of crucial environmental regulations.

Fox News and Republicans can try to demonize AOC all they want. She just goes out and proves beyond a shadow of a doubt that she’s a fighter for the people and our future.