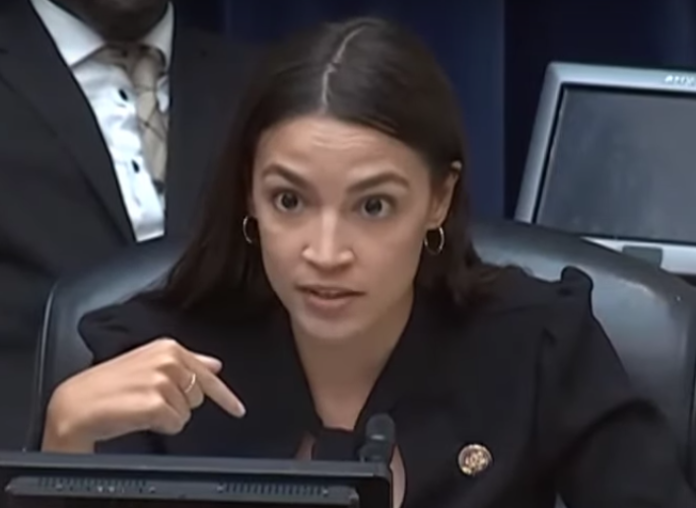 President Donald Trump’s ICE cronies earned the wrath of Rep. Alexandria Ocasio-Cortez (D-N.Y.) on Thursday during a congressional hearing for refusing to answer questions regarding the administration’s new policy of deporting children who are critically ill.

ICE associate director of field operations Daniel Renaud, and Timothy Robbins, the acting executive associate director of ICE’s enforcement and removal operations, were set to testify in front of the House Oversight Civil Rights and Human Services Subcommittee about the cruel new policy that would deport kids who rely on critical healthcare in the United States to places where they would receive sub-par medical treatment with the threat of death.

Frustrated by their stonewalling, Ocasio-Cortez threw the book at them and shamed them.

“I think one of the things that’s difficult about this moment is that all of us, first of all, want to do a good job and I understand the difficult position that it is when people are career servants and when the politicization of this administration goes in so deep that it politicizes otherwise career positions,” she began. “I understand and respect that, but I also understand that at some point in our lives we reach a moral crossroads and in the panel, right before this one, we heard from a teenager whose little sister died because she couldn’t have access to medication and he has the same disease that she does. And a young woman who has been in this country for 16 years depending on medical treatment and deporting her will kill her. This policy will murder her.”

“And we are trying to get to the bottom of the origins of this policy change, and we have to ask you and you all are citing council, which has given you illegitimate reasons to resist answering these questions,” she continued before recapping the long list of the questions the pair refused to answer.

She then reminded them that the Supreme Court has said that litigation is not a valid reason to stonewall Congress.

“The Supreme Court has ruled on it, it’s not a debate,” she said. “It’s never been the standard under a Democratic or a Republican Congress, and we have a job that we have to do too. Our job is ordered by the Constitution of the United States to conduct oversight on these conditions that will kill people.”

Ocasio-Cortez then demanded answers by Friday and recommended that a subpoena be issued to force the surrender of the information the committee is seeking.