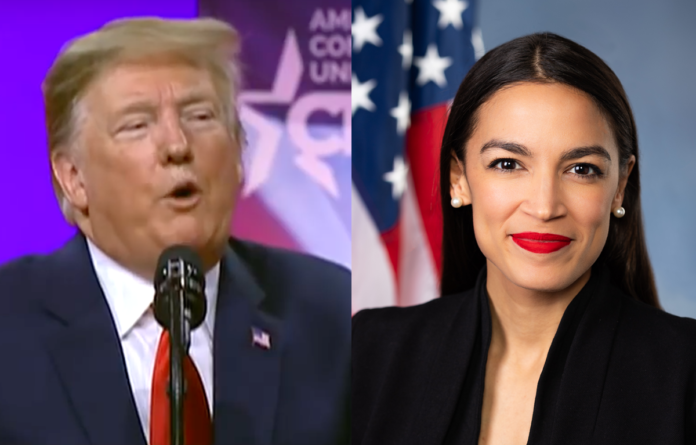 Rep. Alexandria Ocasio-Cortez (D-N.Y.) has not been on social media much lately, but she made sure to ding President Donald Trump on Tuesday in response to the bombshell report on his taxes by the New York Times.

Earlier in the day, New York Times reporter Suzanne Craig broke the story of Trump’s astounding losses over the course of ten years.

The numbers show that in 1985, Mr. Trump reported losses of $46.1 million from his core businesses — largely casinos, hotels and retail space in apartment buildings. They continued to lose money every year, totaling $1.17 billion in losses for the decade.

In fact, year after year, Mr. Trump appears to have lost more money than nearly any other individual American taxpayer.

Responding to the report, Ocasio-Cortez reminded everyone that Trump’s money issues make him vulnerable to manipulation as president because he is desperate for money to dig out of the hole he dug.

Wouldn’t you think someone who personally lost over a BILLION dollars (“more than nearly any other taxpayer in America”) be vulnerable to shady activity to get out of that hole?

If they became the most powerful public servant in America, wouldn’t you want to see their taxes? 🤔 https://t.co/h22XNU1bl4

Indeed, and that’s just another reason why House Democrats are demanding the last six years of Trump’s tax records, which Treasury Secretary Steve Mnuchin is refusing to provide in violation of federal law.

After all, Trump has a lot of shady connections to Russian oligarchs who are close to Vladimir Putin. He could even be in debt to some of them, which could influence his decisions, many of which have actually benefited Russia.

House Democrats are also looking for tax evasion, money laundering, insurance fraud and a whole host of other crimes that could be proved by his tax returns, something his former fixer Michael Cohen admitted under oath in his testimony to Congress while being questioned by Ocasio-Cortez, who serves on the House Oversight Committee.

In addition to tax returns, Democrats have also subpoenaed Trump’s accountants, whose financial records will shine even more light on Trump’s activities, something he clearly wants to hide because he is filing lawsuits in a desperate effort to keep his records secret.

The tax records obtained by the New York Times may be over a decade old, but they paint a picture of a corrupt man who is terrible at making money and keeping it. It opens him up to financial manipulation by foreign powers, thus putting America’s national security at risk. Trump could be doing favors for foreign dictators to enrich himself and his family. And the American people have the right to know if the president is a compromised crook who is selling them out to the highest bidder.