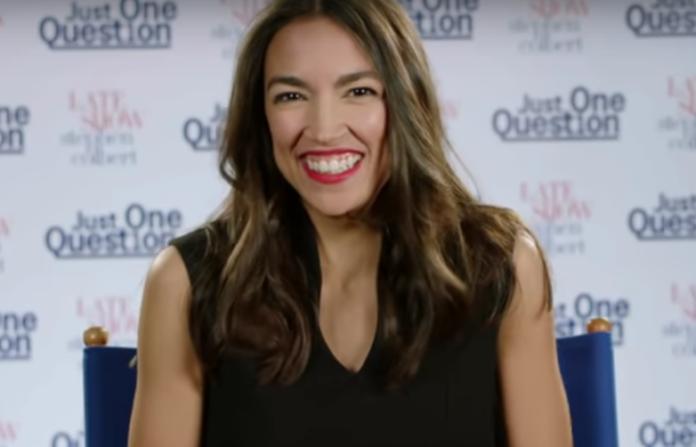 Rep. Alexandria Ocasio-Cortez (D-N.Y.) took the Republican Party to the burn unit on Thursday for only offering bad idea after bad idea as solutions to America’s problems.

Republicans have consistently attacked the United States Post Office for years, and have repeatedly tried to cripple it with ridiculous requirements. One such requirement is a law on the books that forces the Post Office to pre-fund retirement pensions decades out into the future, thus making it less competitive with private sector companies like UPS and FedEx.

The law requires the Postal Service, which receives no taxpayer subsidies, to prefund its retirees’ health benefits up to the year 2056. This is a $5 billion per year cost; it is a requirement that no other entity, private or public, has to make.

In response to Republican attacks, Ocasio-Cortez fired back with mockery.

GOP is talking smack about the Post Office (of course, since they have no ideas).

The funny thing about that: it‘s the GOP’s own “business model” that hurt them! They forced USPS to prefund pensions decades out (which makes NO sense & no solvent biz does)instead of year to year.

And then she nailed Republicans for offering Americans bad ideas such as a wall on the southern border to deal with immigration, an idea that won’t work at all.

The ideas are so outdated that Ocasio-Cortez predicted Republicans will propose sending people to space using ancient catapults.

Really, the biggest, boldest idea (other than war) the GOP has proposed is A Wall.

At this rate they’re gonna propose getting us to space w/ trebuchets.

She’s not wrong. Republicans would rather double down on fossil fuels instead of support renewable energy sources. They still think the private sector provides better healthcare even though nobody can afford it. They don’t even care about racial injustice, favoring going back to 1950s Jim Crow.

Clearly, Republican ideas are inadequate and just make problems worse. It’s why America needs young lawmakers like her to come up with new ideas such as the Green New Deal instead of relying on dinosaurs to save the day.