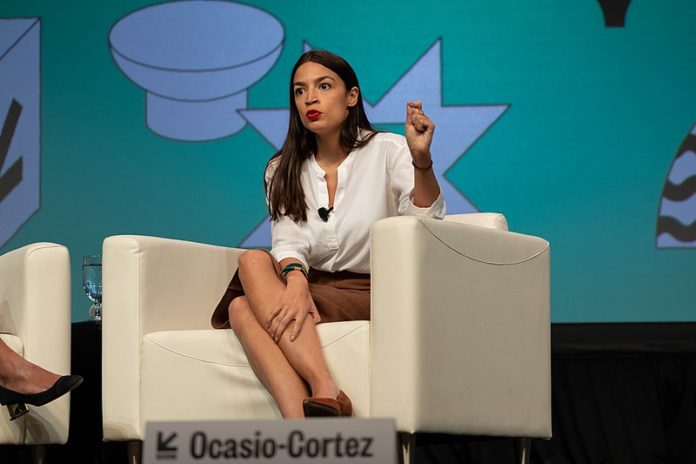 Rep. Alexandria Ocasio-Cortez (D-N.Y.) took disgraced former House Speaker Newt Gingrich to the woodshed on Friday for attacking her for criticizing the mistreatment of migrant children at the border.

Ocasio-Cortez toured a detention center this week and what she saw disturbed her to the core, resulting in her blasting Border Patrol and President Donald Trump in remarks describing the horrors she witnessed.

‘What we saw today was unconscionable.’ — @AOC spoke out against migrant detention camps after witnessing them firsthand pic.twitter.com/2nkmiaKTck

And Republicans have been attacking her ever since despite the fact that independent accounts and accounts from other members of Congress of the conditions inside these facilities corroborate her own.

Gingrich, in particular, viciously attacked Ocasio-Cortez in an op-ed on Fox News.

It took Rep. Alexandria Ocasio-Cortez’s visit to the border – and her dishonest comments afterward – to help me understand how profoundly vicious, cruel and dishonest she is.

When you look at the larger picture, it is clear that Ocasio-Cortez, D-N.Y., is eager and determined to undermine and destroy America as we have known it.

When your goals are that radical, lying is simply part of the game. When you despise American values and find the American people “deplorable” and contemptible, lying is perfectly natural.

The tragedy of Ocasio-Cortez’s type of vicious, deliberately dishonest politics is it sets the stage for innocent people to die.

MSNBC host Joe Scarborough immediately responded by pointing out that Gingrich’s attack is basically an indictment of Trump because his accusations against AOC fit Trump perfectly.

“When your goals are that radical, lying is simply part of the game. When you despise American values, lying is perfectly natural.”

Ah yes, now Newt & the GOP are resorting to calling me a liar.

Who else do they call liars?
– 96% of scientists who agree on climate change
– Millions of Americans they locked up in the War on Drugs
– #MeToo survivors

So I’ll take it as a compliment. Thanks. https://t.co/2AXUz5zave

And she definitely should take it as a compliment. After all, Republicans don’t just attack those they hate, they attack those they fear. And AOC scares the hell out of Republicans because she hammers them with the truth and is only gaining in popularity as she fights for the American people and American values, two thing Gingrich and today’s GOP no longer give a damn about.