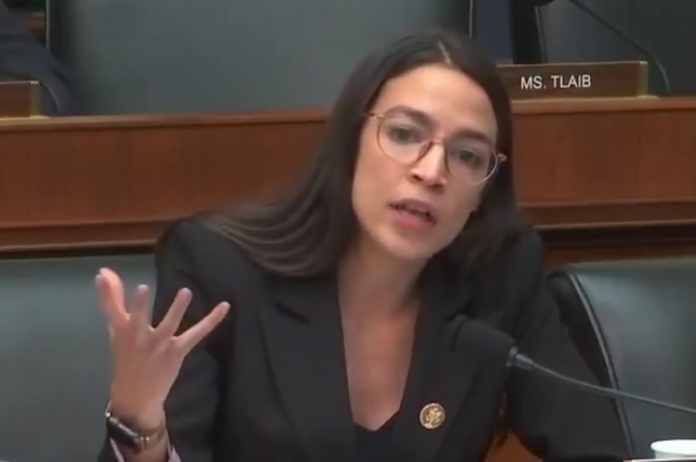 Conservatives are so desperate to bring down Rep. Alexandria Ocasio-Cortez (D-N.Y.) that they are filing FEC claims against her and her 2018 congressional campaign in an effort to generate conspiracies for Fox News to report.

In the era of PACs created by the Supreme Court’s Citizens United ruling, campaign finance has never been more confusing. Luckily, we have campaign finance experts who know what the law is, and they agree that Ocasio-Cortez and her campaign did nothing criminal despite conservative claims otherwise.

The National Legal and Policy Center is a conservative group that filed an FEC complaint against Ocasio-Cortez this week alleging that she orchestrated an “extensive off-the-books operation to make hundreds of thousands of dollars of expenditures in support of multiple candidates for federal office.”

But according to experts consulted by NBC News, the FEC complaint is pretty much bogus.

There’s no evidence of self-dealing or any kind of elaborate scam, two experts told NBC News, which is often the major concern with LLCs and PACs run by the same people.

Brendan Fischer, a director at the Campaign Legal Center, said “scam PACs” typically pay their staff huge salaries without doing much campaigning work other than fundraising, which doesn’t appear to be the case here. He said he hasn’t seen evidence of wrongdoing that would suggest any laws were broken.

According to Paul S. Ryan, a campaign finance expert who works at the nonprofit government watchdog Common Cause, FEC laws don’t require transparency from vendors and sub-vendors hired by campaigns or PACs.

Ryan said that at most there may be a minor violation, which is typical in most campaigns because everyone makes mistakes.

“Describing a disbursement for strategy consulting is permissible, but only if that’s what the disbursement was actually for,” Ryan said. “There may be a violation here. However, the FEC would likely treat this violation as very minor, particularly if the rest of the information provided for that transaction was accurate.”

And that means Ocasio-Cortez’s campaign would simply need to file additional information with the FEC and pay a small civil fine.

That’s not even close to the criminal conspiracy conservatives are alleging. It’s also not the same as President Donald Trump paying hush money to two women to cover up his extramarital affairs, which is a campaign finance felony.

But Fox News and other conservative media outlets sure do enjoy any fodder they can get to demonize the freshman congresswoman, and she called conservatives out on Thursday for making up fake scandals.

In case you saw the conspiracy theory running around, conservative groups have now taken to spamming us by filing bogus ethics complaints so that Fox News can report on “alleged,” untrue scandals.

This is how the misinformation machine works, folks. https://t.co/Gi5PhIJ7Jo

Conservatives and right-wing media are obsessed with Ocasio-Cortez because they know she’s the future of the Democratic Party. She took no money from big corporations during the election and raised all of her funding from small donations contributed by the people. That makes her a threat who can’t be bought. She also has big ideas to transform America into an economic powerhouse that benefits everyone, along with universal healthcare, a living wage, and fighting climate change, all of which Republicans oppose.

So, it’s no surprise that conservatives are trying to demonize her. She’s a powerful woman who does her job for the people. She is also proficient at using social media and is growing more and more popular.

Republicans fear her so much that they are attacking her for any little thing and are now resorting to filing false complaints to federal agencies. And there should be consequences for doing so.