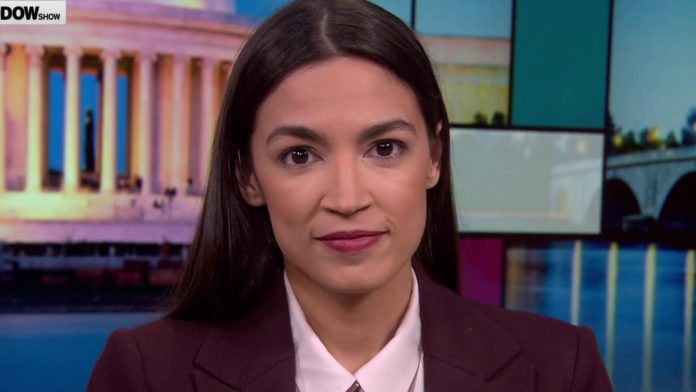 Rep. Alexandria Ocasio-Cortez (D-N.Y.) informed a health insurance executive on Tuesday that his days of price-gouging Americans are numbered after he insisted that universal healthcare in the United States would cause the healthcare system to implode.

Republicans are not the only ones trying to scare Americans into opposing the “Medicare for All” proposal that would bring universal healthcare to this country for the first time. Frightened of being put out of business by accessible and affordable healthcare run by the government and paid for through taxes, health insurance company executives are freaking out that their piggy bank is about to get crushed by a better system.

During a conference call on Tuesday, UnitedHealth Group CEO David Wichmann whined about “Medicare for All” which he erroneously referred to as Ocasio-Cortez’s bill, warning that it will “surely jeopardize the relationship people have with their doctors, destabilize the nation’s health system and limit the ability of clinicians to practice medicine at their best.”

“And the inherent cost burden would surely have a severe impact on the economy and jobs — all without fundamentally increasing access to care,” he claimed.

However, the fact is that a universal healthcare system in the United States would look a lot like the universal healthcare systems of other nations such as Canada, the United Kingdom and Taiwan, where an American visitor recently had to go to the emergency room for a serious condition and ended up only paying $80 for top-flight care, a far cheaper price than the thousands he would have paid here at home.

You see, like Big Pharma, the private healthcare system is a for-profit racket. If universal healthcare were enacted, CEOs like Wichmann would no longer be able to profit off the suffering of others. People would no longer have to bankrupt themselves to save their lives, which means he has to find a new line of work to screw people over in.

In response to his propaganda, Ocasio-Cortez fired back.

If by “destabilize,” he means “disrupt for-profit insulin schemes bc the discovering scientist freely gave away the patent bc he didn’t want us to price-gouge life saving medicines,” then yes.

The bottom line is that universal healthcare would cover all treatments and allow everyone to see the doctor of their choice. All people would have to pay is a simple tax like how Medicare works.

It’s also insanely popular as 70 percent of Americans support it.

Health insurance companies are panicking because their bottom lines are about to bottom out as a better healthcare system replaces their failed expensive one. And you can bet Ocasio-Cortez will continue to lead the charge until it becomes a reality and private health insurance is no longer necessary.