The United States Blues
Home News Odds makers now have Elizabeth Warren penciled in as the favorite to... 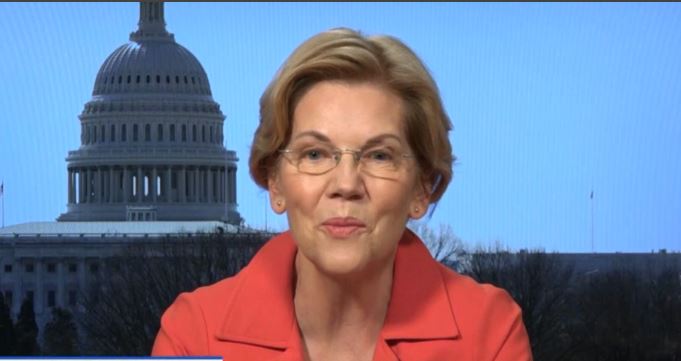 Former Vice-President Joe Biden and Senator Bernie Sanders (D-Vt.) may have the lead in the polls, but Senator Elizabeth Warren (D-Mass.) is the favorite to win among oddsmakers.

Warren boasts a solid ground game in Iowa, where she received quite a boost earlier this week as her message resonated with voters in a way that would make President Donald Trump jealous, and should also scare the hell out of him.

While she does lag third in the polls behind Sanders and Biden, who crush Trump in potential general election match-ups in most of the battleground states, Warren’s showing in Iowa impressed bookies enough that they’ve given her 9/4 odds of winning the Democratic presidential nomination in 2020. Biden fell to 11/4 odds while Bernie is tied for third at 6/1 with Senator Kamala Harris (D-Calif.), who is fading as she continues to take heat for her healthcare views.

“It looks like the betting market is going a little cold on Biden despite his general lead in the polls,” Ladbrokes political betting head Matthew Shaddick told Newsweek from the United Kingdom this week. “Warren seemed to get a boost after the last set of debates and, in particular, seems to be performing well in Iowa.”

But he did caution that the race still remains wide-open and it’s anyone’s ballgame. Even darker horse candidates still have an outside shot to capture victory, though unlikely.

“This still looks like a very wide-open race and political gamblers haven’t given up on a couple of outsiders in Yang and Gabbard who continue to be well backed despite unpromising polling,” Shaddick said.

Warren has been gaining in popularity throughout the year as she boldly proposes a future most Americans desperately need and want such as universal healthcare, which she passionately argued for during the most recent debate as she connected with Americans who have no insurance or insurance that isn’t covering enough.

Getting a boost in Iowa is key for her because the state is the first primary. But even if she wins Iowa, it doesn’t mean she will win. Both Democratic and Republican candidates have won Iowa before only to go on and lose the nomination. However, Warren’s views are not just well-received by Americans in Iowa. Universal healthcare is a popular policy nationwide, and our healthcare problems are so bad that it’s very possible that this one issue alone could carry her to victory, especially if other candidates cower to the insurance industry.

And if Trump has to face Warren in 2020, he’s in for a fight. And the odds certainly are not in his favor.