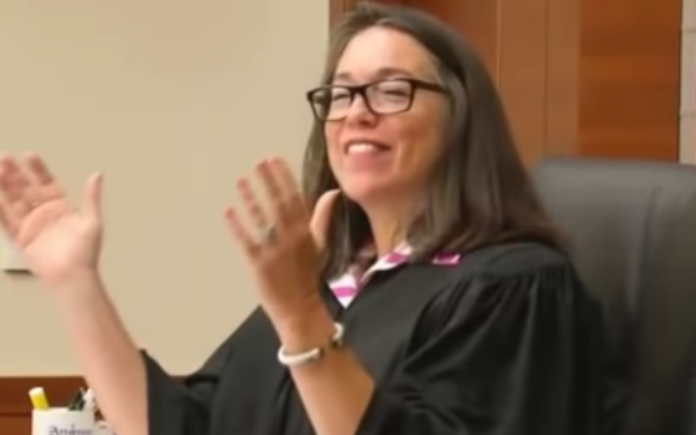 President Donald Trump has so degraded the Republican Party that an Ohio judge is leaving the party to join the Democrats. And there could be many more.

The GOP has been sinking since Trump became the nominee in 2016. It started with the “Never Trump” Republicans who remember what real conservatism looks like and has led to a lot of Republicans abandoning ship throughout the last two years.

Apparently, two years of Trump is quite enough for Common Pleas Judge Julie Lynch, who announced her decision this week to run for re-election as a Democrat.

“I’ve been a registered Republican since I was 18, and 41 years later I do not recognize the Republican Party as it is today,” she said Friday. “And I’m not the same person I was when I was 18.”

According to the Columbus Dispatch:

She said her decision was not based on voting trends that have made it increasingly difficult for Republican candidates in Franklin County to win countywide election.

“That ebbs and flows,” she said of voting trends. “When I started out, Republicans were dominant, but there were still Democratic judges. … I’ve always had support from Democrats and Republicans and independents.”

While county Republican Party chair Brad Sinnott doesn’t think Lynch’s decision has anything to do with the national party, the Dispatch reports that county Democratic Party chairman Michael Sexton “said he has heard rumors that other Republican judges are considering changing their affiliation.”

So, it looks like other Republicans are thinking about exiting the GOP as well.

And Sexton went on to surmise that Lynch is leaving the party because of the way Trump and the GOP have treated women.

“Judge Lynch is an example of women voters in Franklin County who are frustrated with and are abandoning the Republican party,” Sexton said. “It was clear to me that she is upset about the direction of the party led by President Trump.”

Indeed, a record number of women were elected to Congress in 2018 because women rallied in states across the country to send them there as a rebuke to Trump and the GOP.

If the exodus continues, Republicans can expect major losses in 2020 as well.