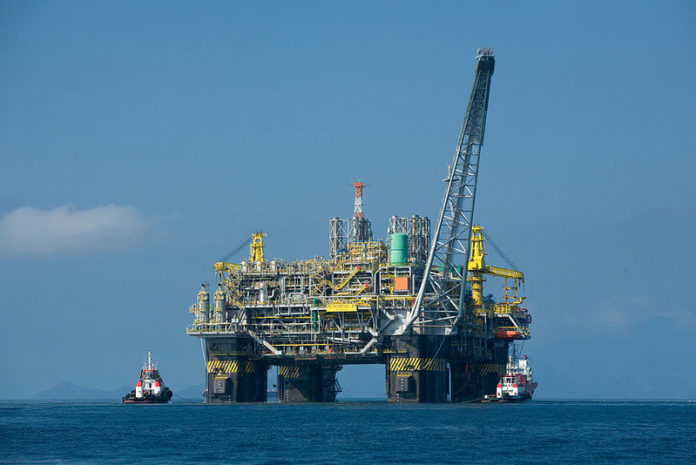 A new explosive recording caught Big Oil industry executives and lobbyists bragging about their unfettered access to President Donald Trump, his Secretary of the Interior and Environmental Protection Agency chief in 2017.

We all know that Trump and his administration have spent a lot of time kowtowing to the oil industry, dismantling energy and environmental regulations as well as killing climate change initiatives.

What we did not know is that oil executive and lobbyists were recorded boasting about how much influence they have over Trump and the various government agencies charged with protecting Americans and the environment. Well, we know now.

During a private meeting of the Independent Petroleum Association of America at a posh hotel in California, the group bragged about having their own people in positions of power to benefit their industry. In other words, instead of our government agencies working for the best interests of the people, they would work for the oil industry.

Not long ago, Trump nominated David Bernhardt, the IPAA’s lawyer to replace former Secretary Ryan Zinke at the Interior Department. Prior to that nomination, he served in the number two spot.

In the recording, IPAA political director Dan Naatz told the group how much access they have to the administration because of Bernhardt.

“We know him very well, and we have direct access to him, have conversations with him about issues ranging from federal land access to endangered species, to a lot of issues,” Bernhardt said. “What secretaries of Interior do is go out to Yellowstone, go out to Tetons … have big vision for what they’re going to do. David is going to be the COO. David’s going to move the pieces. David’s going to be part of that, and we know him well.”

IPAA vice president Jeff Eshelman accused former President Barrack Obama and environmental groups of having a “target list of everything that they wanted done to shut down the oil and gas industry.”

And the oil industry wasted no time giving Trump a list of their own that has resulted in the complete breakdown of environmental and health protections.

But it was IPPA CEO Barry Russell who bragged the most, revealing that he had several meetings to discuss policy, including with disgraced former EPA head Scott Pruitt and Zinke, and a meeting at the White House about the tax code.

“It’s really a new thing for us,” he said. “For example, next week I’m invited to the White House to talk about tax code. Last week we were talking to Secretary Pruitt, and in about two weeks we have a meeting with Secretary Zinke. So we have unprecedented access to people that are in these positions who are trying to help us, which is great.”

Russell went on to say that Bernhardt being the number two man at Interior has “worked out well,” and gushed about his closeness to Pruitt.

“Scott Pruitt, he came from Oklahoma, and we have a lot of friends in common and I thought that’s what we were going to talk about, we did that for about three minutes,” Russell said. “And then he started asking very technical questions about methane, about ozone … and if Scott Pruitt thought he was going to go deep nerd … and what was really great is there was about four or five EPA staffers there, who were all like, ‘Write that down, write that down,’ all the way through this.’ And when we left, I said that was just our overview. So it’s really a new world for us and very, very helpful.”

In other words, the Trump administration has bent over backward to give the oil industry exactly what it wants, whatever it wants, whenever it wants it. Now it will get even worse now that the industry has their man in the top spot at Interior. At this point, one has to question who exactly is running our government? Because it sure as hell doesn’t sound like it’s our elected officials. It sounds like oil industry executives are the ones calling the shots.

Americans should be outraged and this is precisely why it’s time to pass the Green New Deal. Because when our nation switches to clean energy, these greedy oil executives will lose all of their power and influence.