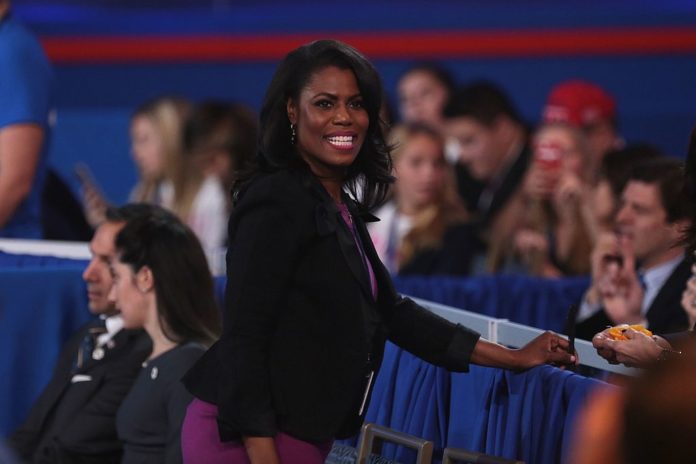 Just in case you were wondering how out of control the current administration is, consider this: Back in April, Omarosa Manigault, who serves as Director of Communications for the Office of the Public Liaison, got married. And she also thought it would be a great idea to invite the entire wedding party to the White House for photos.

A new report from Politico notes that the sudden appearance of so many unscheduled visitors at the White House made many uncomfortable:

“The Apprentice villain turned senior White House official brought members of her 39-person bridal party to 1600 Pennsylvania Avenue for an extended wedding photo shoot, catching fellow senior aides and some security officials by surprise in her bridal attire. They loudly wandered around, looking to snap photos in the Rose Garden and throughout the West Wing, according to four current and former White House officials.”

No one at the White House seems to know whether or not Manigault received permission for the photo shoot or cleared the matter with the Secret Service, but the incident didn’t exactly help her standing among senior administration officials:

“The incident — which created buzz in the West Wing for weeks — did little to help the reputation of the Office of Public Liaison, seen by some White House officials as one of the most unruly and under-utilized operations in the West Wing.”

Things have reportedly gotten so bad at the Office of Public Liaison that Chief of Staff John Kelly has said there would be changes.

What exactly does the Office of Public Liaison even do? It mainly exists to garner public support for the president’s agenda. It works with businesses, religious groups, and other constituencies in an attempt to gain added traction for whatever the top issue is for the administration, such as the current push for massive tax cuts for the wealthy.

While Manigault may have been a hit on Trump’s TV show The Apprentice, the current office she oversees has been called a “dumpster fire of a place to work.” In other words, it sounds just like the rest of the White House.