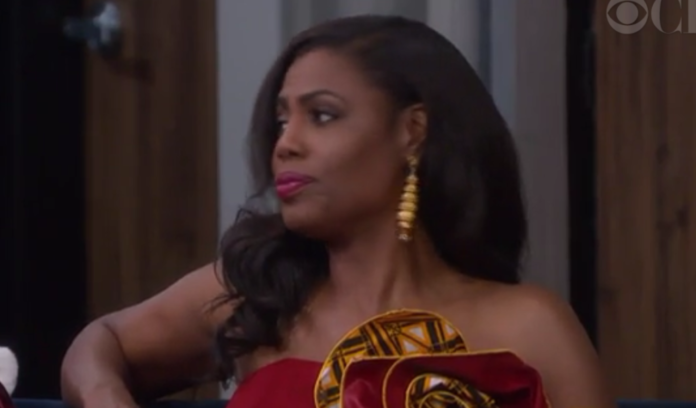 Reality television personality Omarosa Manigault-Newman made another revelation about the Trump administration on “Celebrity Big Brother” this week.

After her brief stint as director of the Office of Public Communications at the White House came to an abrupt end last year, Omarosa signed up for the CBS reality show and made a big splash from the start as she revealed just how bad things are in President Donald Trump’s White House.

Omarosa said that she was “haunted” by Trump’s tweets every day and claimed that the country is:

But as bad as Trump is for the country, Omarosa appeared to soften her remarks from last week by claiming that Vice-President Mike Pence is an even bigger threat.

As she told her housemates:

“As bad as you think Trump is, you would be worried about Pence. So, everybody that’s wishing for impeachment might want to reconsider their life.”

The reason Pence would be more worrisome than Trump is his ties to religious fundamentalism.

Omarosa alleged that Pence thinks Jesus is talking to him, which is quite alarming if true.

“We would be begging for the days of Trump back if Pence became president. He’s extreme. I’m Christian. I love Jesus. But he thinks Jesus is telling him to say things. I’m like, ‘Jesus isn’t saying that.’ It’s scary.”

Here’s the video via CBS.

If Trump were to be impeached, Mike Pence would be next in line for the presidency. Of course, that assumes Pence won’t also be charged in the Russia probe by Special Counsel Robert Mueller and impeached as well once a final determination is reached by the investigation.

But if Pence did become president, his reign would be just as terrifying, if not more so, than Trump’s. Pence is an anti-gay bigot who subscribes to extremist “Christian” views that include oppressing women and banning legal abortion.

He even signed a “religious freedom” bill in Indiana that allowed open discrimination against the LGBT community until an additional bill made it into law that specifically protected them on April 2, 2015. If anyone would replace the Constitution with Christian Sharia law in this country, as the GOP keeps worrying about, Pence would be the first.

And that should truly terrify everyone.