The United States Blues
Home Politics Congress One Of The 19 Women Accusing Trump Of Sexual Misconduct Won The... 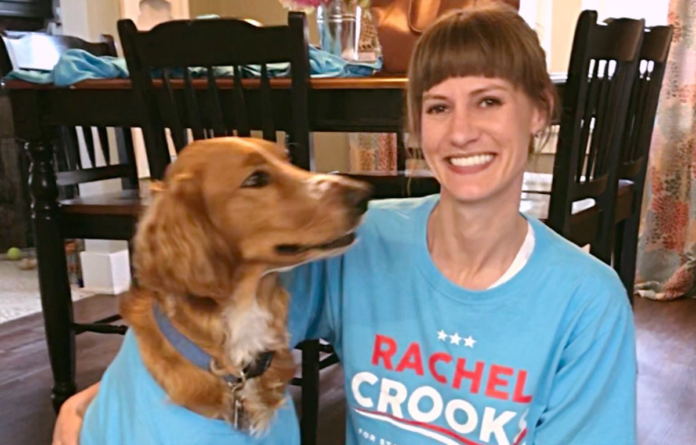 One of the 19 women who has accused President Donald Trump of sexual misconduct is now in line to become the first of those women to hold elected office.

Rachel Crooks won her uncontested primary and will now be a choice for Ohio House District 88 voters. She’ll face off with Republican State Rep. Bill Reineke in November.

I'm so excited to see state and national media spotlighting my campaign! The Hill, Washington Post, USA Today, CNN, Fortune and other media outlets are following my race because I'm an honest leader who will stand up for what's right. https://t.co/9UOCGZw74Q

Crooks, 35, says that Trump kissed her against her will when she was a receptionist at Trump Tower in 2006. She says that after she introduced herself to Trump outside an elevator, they shook hands, but Trump wouldn’t let go. He started kissing her cheeks and then kissed her on the mouth.

“It was so inappropriate,” Ms. Crooks recalled in an interview. “I was so upset that he thought I was so insignificant that he could do that.”

Crooks first went public with the accusations before the 2016 election in October. Trump denied it happened on Twitter, as he has denied all accusations of misconduct.

A woman I don’t know and, to the best of my knowledge, never met, is on the FRONT PAGE of the Fake News Washington Post saying I kissed her (for two minutes yet) in the lobby of Trump Tower 12 years ago. Never happened! Who would do this in a public space with live security……

She responded, saying Trump’s behavior prompted her to run for office:

Please, by all means, share the footage from the hallway outside the 24th floor residential elevator bank on the morning of January 11, 2006. Let’s clear this up for everyone. It’s liars like you in politics that have prompted me to run for office myself. https://t.co/ir7EEKoXRU https://t.co/GmkkZ5jUc7

Rachel Crooks has joined the powerful #MeToo movement, and now expects she’ll become a state representative for the people of Ohio, and for all of the women who refuse to be silenced and marginalized.

“Women are uniting,” Crooks told Cosmopolitan magazine this year. “The momentum is now. I want to be part of it.”

See more about Rachel Crooks in her video below:

I'm not afraid to speak up for what's right even when it's against one of the most powerful men in the world. Watch my bio video, find out what I stand for, and please contribute to my campaign to help me represent HD 88 in the Ohio House. Donate here: https://t.co/MPSiDXkCtR pic.twitter.com/RJ2H747XdQ