The United States Blues
Home News One of the most powerful Republicans in Texas just called El Paso... 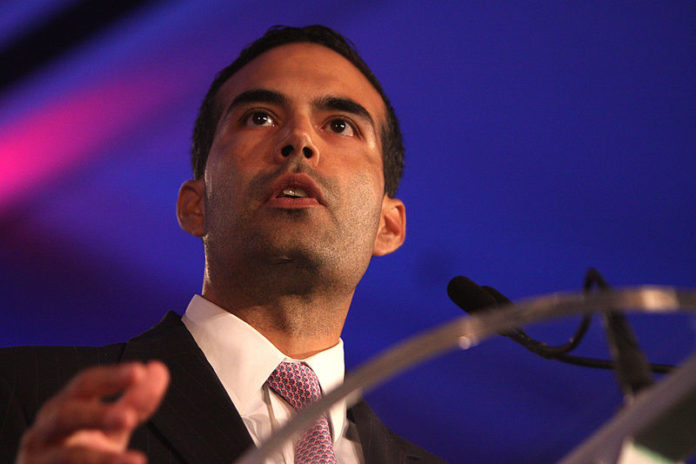 President Donald Trump and other Republicans are still refusing to call out white nationalist terrorism, but Texas Land Commissioner George P. Bush showed no such cowardice in response to the El Paso mass shooting that left 20 dead.

A racist white nationalist traveled hundreds of miles on Saturday to El Paso in order to murder 20 people at a Walmart because he thinks immigrants are “invading” the United States. It’s the same anti-immigrant language that Trump uses at his rallies and now 20 people are dead in an attack at the border that he basically incited.

Once again, Democrats reacted strongly to the shooting by calling for tighter gun laws and to deal with the rising problem of white nationalism that is plaguing the nation and the world.

Trump and Republicans are reluctant to refer to these white nationalists as terrorists. But just as former President George W. Bush called upon Americans to fight back against terrorist organizations in the Middle East following the 9/11 attacks, his nephew George P. Bush is calling for Americans to fight back against white nationalists here at home, starting by calling these attackers what they are: terrorists.

“I proudly served in Afghanistan as a Naval officer where our mission was to fight and kill terrorists,” he wrote on Twitter. “I believe fighting terrorism remains a national priority. And that should include standing firm against white terrorism here in the US.”

“There have now been multiple attacks from self-declared white terrorists here in the US in the last several months,” he continued. “This is a real and present threat that we must all denounce and defeat. All terrorism must be stopped.”

“I am praying for the victims of the shooting in El Paso,” Bush concluded. “And I am asking that all Americans stand firm against all forms of terrorism.”

The Texas Land Commissioner is one of the most powerful offices in the state, often seen as a stepping stone to the Governor’s office. So, Bush has a lot of clout and he’s using his platform to speak out against white nationalist terrorism, unlike Trump and other Republicans who are doing nothing but coddling them and offering “thoughts and prayers”.