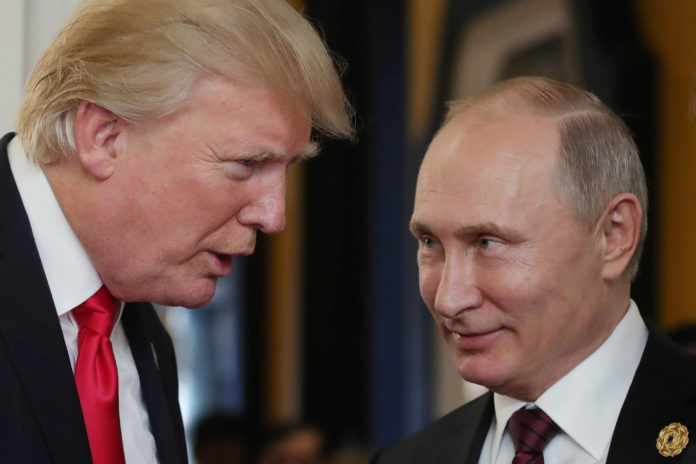 President Donald Trump’s favorite right-wing propaganda outlet outside of Fox News, One America News Network (OANN), hired a staffer in 2017 who has direct ties to Russian interference operations during the 2016 Election.

Presenting itself as an alternative to Fox News for those who somehow believe the conservative outlet isn’t right-wing enough, OANN frequently pushes false stories, some of which have actually fooled Trump.

Some of those false stories were produced by Kristian Rouz, who has been with the network since August 2017, but also works for Russian media outlet Sputnik.

The United States intelligence community concluded in its assessment 2016 Election meddling that Sputnik participated in the Russian operation to help Trump win, a win that has benefited Russian dictator Vladimir Putin ever since.

And now Russia seems to have embedded their propagandists within media outlets in America, especially OANN.

“This completes the merger between Russian state-sponsored propaganda and American conservative media,” former FBI agent Clint Watts said. “We used to think of it as ‘They just have the same views’ or, ‘They use the same story leads.’ Now they have the same personnel.”

As the 2020 Election approaches, you can bet that Russia will team up with conservative media to smear Trump’s Democratic opponent by pushing fake news stories designed to demonize and divide.

Rouz will be a key player in that operation, and you can tell that OANN doesn’t really care.

“Rouz didn’t respond to email and telephone inquiries for this story,” The Daily Beast wrote. “Reached by email, OAN President Charles Herring invited The Daily Beast to submit written questions about the network’s arrangement with Rouz. But after receiving the questions Herring cut off contact.”

Herring clearly didn’t like the questions, which likely sought to get to the bottom of OANN’s links to Russian propaganda because unlike OANN, The Daily Beast is a legitimate news outlet that doesn’t work to undermine our country.